The weather has turned so cold that even this Snowshoe Hare  decided to use Procyon as a bed and breakfast for awhile. 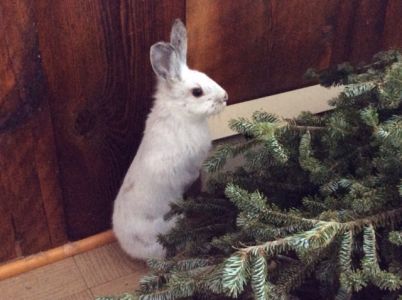 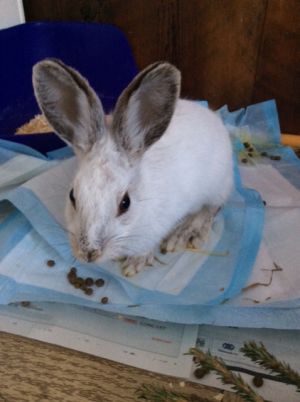 The snowshoe hare (Lepus americanus) is a species of hare found in Ontario, and other parts of North America. It has the name “snowshoe” because of the large size of its hind feet. The animal’s large feet prevent it from sinking into the snow when it hops and walks. Its feet also have fur on the soles to protect it from freezing temperatures.

It turns white in the wintertime, and is a rusty brown during the summer. Its sides are white all year, and it has dark ears. It has shorter ears than most hares.

During the summertime, hares eat grass, ferns and leaves, and in the wintertime, they eat twigs, bark from trees and buds from flowers and plants. They are mostly active at night, and do not hibernate.