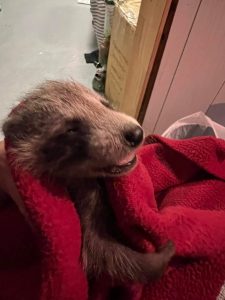 Squeakers is our first baby raccoon of the season; eyes closed and hungry. He is growing quickly and doing very well. He arrived in mid-March, and soon after that seven more baby raccoons arrived at the Centre, with more coming every day. Baby season is in full swing!

Megan Fox, (Buddy) to the rescuer. Fox number 22 for me from January 2021 until now. Mange is a horrible disease but is curable if caught in time. Megan looked pretty rough when I got her, but she was not yet badly emaciated. A lovely lady monitored the trap for me, and this little lady fox was playing hard to get. The trap was set on February 4th. She disappeared for a while through the horrible cold spells. Then March 17th she showed up hungry, finally interested in the trap, and in she went. Love it when a plan works for capturing these little beauties. She had a good ride to the centre and has been tolerating us well. She is very vocal and enjoys her raw meals. Megan is healing slowly and will be with us for a while longer.

This was a fox day for sure. I caught Jamie Fox, another beautiful female fox from Innisfil. This was another difficult fox to capture, with three live traps set for her. Once we finally captured her, it went smoothly. She showed up and walked right in while the lady was on the phone. Just like that. She was hungry. Jamie is doing well but she too will be with us for a while. Her back end and tail are totally bare, and a patch of fur is missing from her face.

She was very scared and nervous but within a couple of days of warmth and good food, she was feeling more settled. She is a very pretty, little girl.

Note: Both these little females were checked to make sure they were not lactating mothers.

On April 5th, just as I was leaving, a tiny wee fox kit arrived at the Centre. After he was admitted and given food, he settled in. A little boy and the only survivor of this den. We don’t know what happened, but an adult was seen dead on the road and the other parent did not come to retrieve him. This little one did have a sibling, but when it was no longer heard, we could not find it. Hence, he was a very “Lucky” little baby. Lucky had an issue with his eye that required veterinary care. On Saturday, April 9th, we set off to see Dr. Nellissa of the National Wildlife Centre. After a thorough examination, he was put on medication to help bring the swelling down. He was a good little patient, however, due to infection concerns, on April 23rd, Dr. Nellissa performed eye surgery. The loss of one eye is not slowing this little guy down one bit. Lucky is eating well and is feisty and playful. And very vocal. 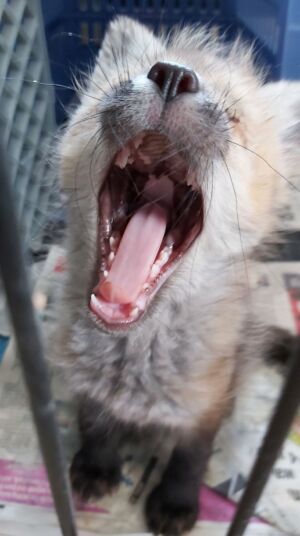 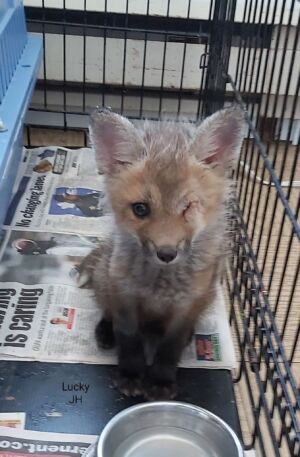 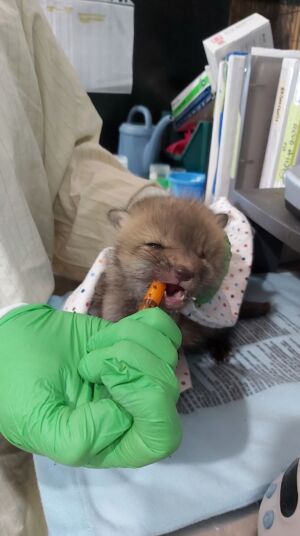 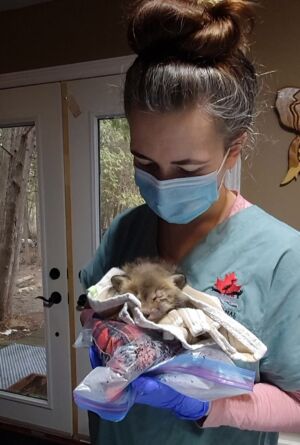 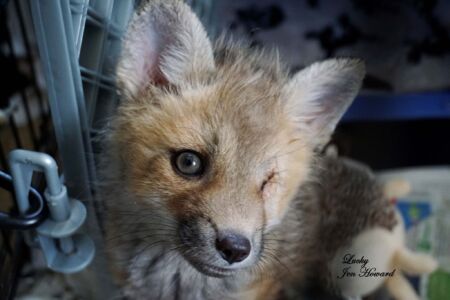 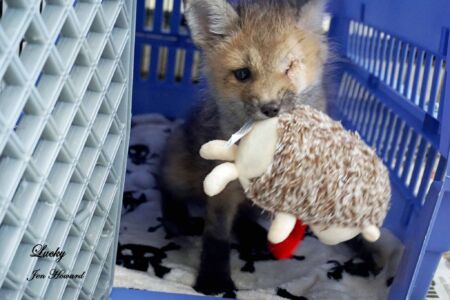 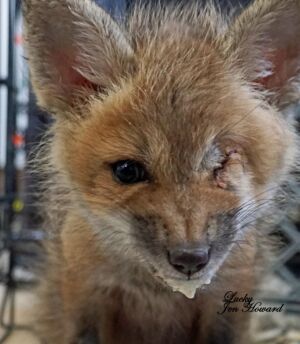 The following is an update on a series of fox kits that were brought to the centre recently. This news is disturbing, but this is something that you need to know, in hopes we can stop it from happening to further lives. Including your pets.

Mid-April we had a fox kit brought to us in bad shape. The person took a video and shared it with us; the kit was clearly having a seizure, the parents were frantic, and the siblings trying to get it to play. Roughhousing with it, scuffling with it, shaking it. All normal behavior in healthy kits and it would normally have done the same thing back. But it could not, it was having a full-blown seizure and had no idea what was going on. It did not respond to either siblings or parents. It was a long seizure. The kit lay there exhausted afterward. The kit was brought into Procyon, examined by the vet, and given medication; tests were taken to rule out distemper. Which they did.

On the second day, it had seizures again which lasted over 20 minutes. The medication did not work to bring it out. Too much damage had been done and little Rocky passed away. Beautiful innocent little soul. 7 weeks in this world. I was there and that will never leave any of us who were in the room that day. It was horrible. Distemper was ruled out and rat poisoning is believed to be the cause. We are still awaiting the test results of the autopsy. Parents were seen bringing rats in to feed their kits. Working along with local animal control in that area, they found 35 bait stations within a one kilometre area. Absolutely horrid.

Another kit, Apollo, was brought into the Centre, also fighting for its life. A week later, after much hands-on constant care, he is doing well. Another kit then arrived, Adrienne. She was found lying outside the den lethargic and severely dehydrated. Another kit found outside the den after that has since died. This family lost two out of five kits. And we have two who would have died, but thankfully are recovering due to our intervention. Are they out of the woods yet? Possibly not, but each day we are hopeful. One it is still with the parents. It is the saddest story of human interference gone terribly wrong. How many other animals have died or are dying and that includes domestic cats as well who also can and do eat mice?

Will the parents be affected, or did they just bring these rats to feed their young? We don’t know. It will take longer with them since their bodies are bigger. They are being watched carefully and live traps have been set but no luck so far to get them. I feel so badly for this beautiful family of foxes, the loss of their four kits. They are incredible parents. When they sensed their young were not well, they took them away from the den to try to protect their other young ones. But still watched over them. And the nights were so cold.

The two siblings, Apollo and Adrienne, are eating well now, are active and playful with their stuffies. Every day is a new day and hopefully, they will recover completely, and we got them in time.

Two more fox kits also came in, Ruby and a new one with no name yet. Brand new arrivals, both found in different parking lots, unresponsive, probable car strikes. Both are eating well and are active now. One of Ruby’s eyes was bulging out, but she is doing well under vet care. 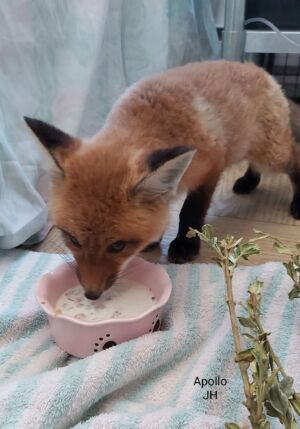 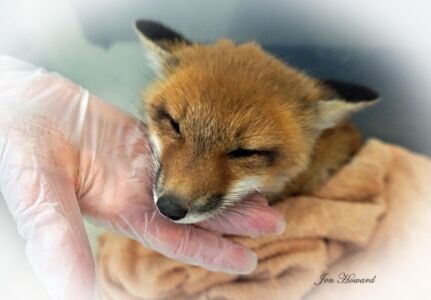 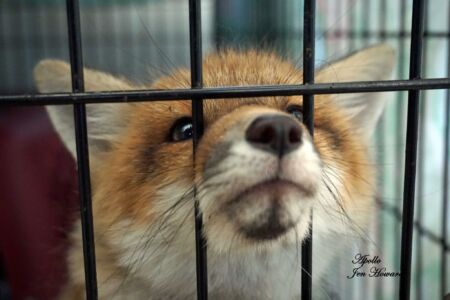 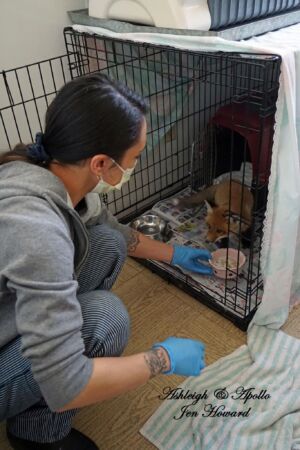 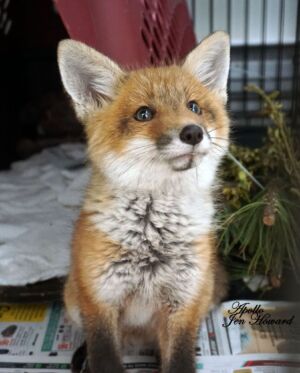 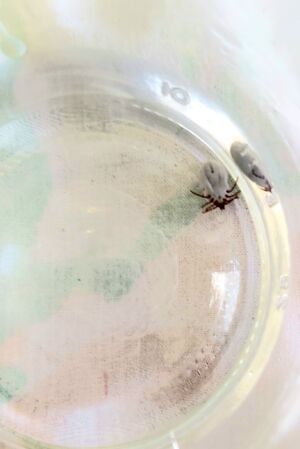 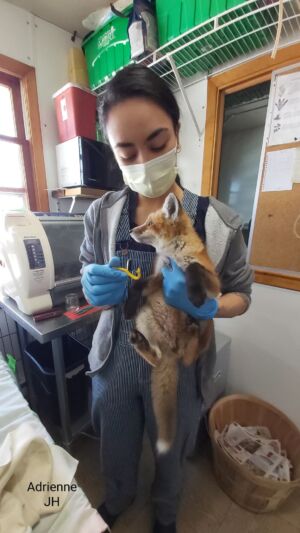 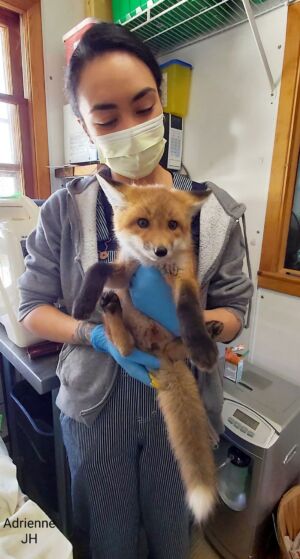 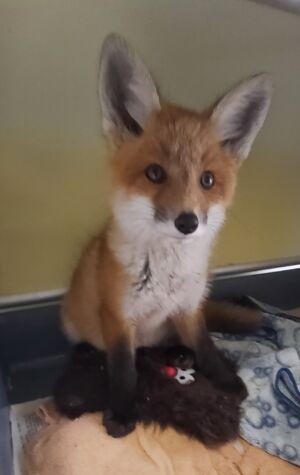 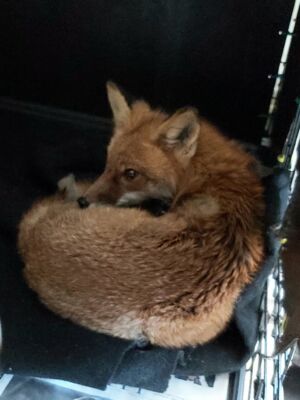 Doris our porcupine really surprised us the other day as she was climbing on her branches and doing what porcupines do. She came to us in November last year with severe mange and an upper respiratory infection. The respiratory infection did not want to clear up and porcupines are so sensitive to certain medications. But the last medication Dr. Nellissa prescribed seems to have made an enormous difference to this big girl. And Doris looked happy too.

Our adult fox with broken front legs had a vet check and X-rays as well and although very quiet, is recovering well under the circumstances. We are certainly keeping our wonderful vets busy these days and we cannot thank them enough for being there for us and the animals in our care. We are extremely lucky to have Dr. Sherri and Dr. Nellissa. 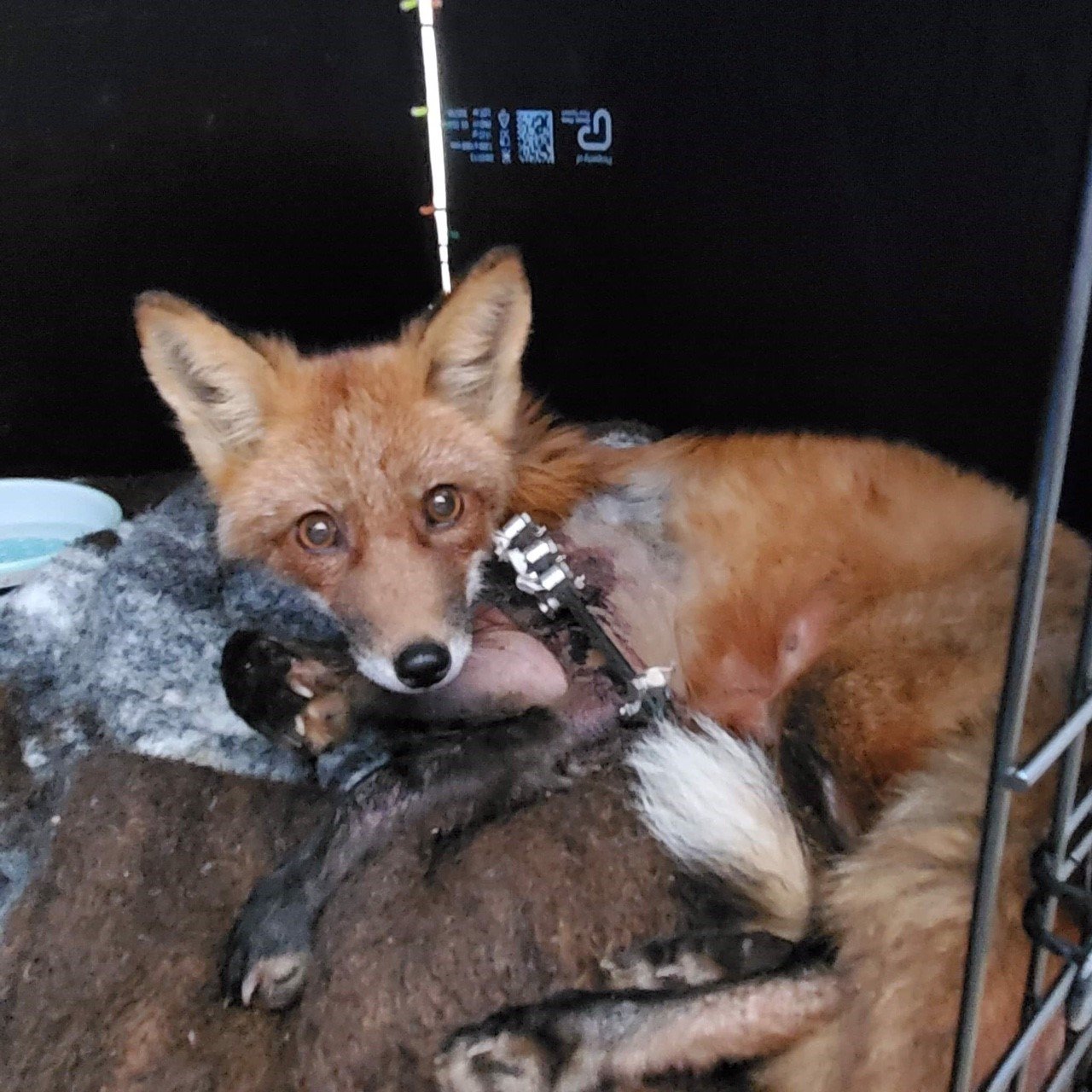 If you would like to donate to help one of the foxes receiving treatment at the Centre, please visit: