White-tailed deer are herbivores, and their diet varies according to the season.  They are “crepuscular” feeders, meaning that they will forage for food mostly at dawn and dusk.  In the summer they will eat leaves, plants, grasses, and some fruits and vegetables.  During the winter when these foods aren’t readily available, they will forage for twigs, acorns, tree bark, whatever plants are still available, and even dead leaves.  Many deer do not survive the winter.  Because food is scarce, they become weaker and are less able to fend off predators.

Fawns will stay with their mothers for up to 2 years.  The females begin breeding in their first year, producing just one baby.  The young males, although they could breed, aren’t allowed that opportunity.

Male fawns, at 4-5 months old, begin developing “pedicles” which are small bumps attached to the skull from which antlers will grow.  When the fawn is a year old, it will begin to grow its first set of antlers from the pedicles.  Males grow a new set of antlers every year, through the spring and summer.  These antlers are made of bone and are covered with a velvety fur-covered skin.  By the autumn, the antlers have finished growing and the velvet covering dries up and is shed.  At this point, the antlers have hardened, and are ready to be used to compete for the right to mate with a female.

Once the mating season is over in the late autumn, the connection of the antlers and pedicles begins to weaken.  Eventually, usually by the end of the winter, the antlers detach.  But that’s not just wasted bone!  On no, Mother Nature always has plans for what she creates!  You see, these antlers are full of calcium and protein – quite the treat for animals, like squirrels, to munch on during the cold days of winter.

You might wonder why a deer loses its antlers every winter just to grow another set in the spring.  When a deer is young, it can only carry so much weight on its head.  So a young deer’s rack is small, and each successive year, the rack grows back larger.  Antlers are used for other purposes besides breeding competitions.  They help to fend off predators and are useful when fighting others for food.

Deer do not hibernate, they are active throughout the year.  In the autumn, they eat lots of food so that they have stores of fat to help them get through the lean, cold months ahead.  They also shed their brown fur and grow a grey coat that is thicker and warmer.

Chances are, you’ve never seen sleeping deer, even though they will often curl up in the open sunshine.  This is because they only doze for a minute or two at a time, always needing to be alert for predators.  Deer will lie down for about 30 minutes, drifting in and out of sleep before getting up to move around.  During this sleep period, although the deer has its eyes closed, its nose and ears are still in full gear, ready to signal the deer of approaching danger.  They carefully choose a bedding area that provides quick escape if necessary.

Predators of white-tailed deer include the coyote, wolf, mountain lion, bear, bobcat, dog, and human.  Fawns are the most susceptible to attack by these animals, especially before they develop the strength and agility to take care of themselves.  Despite predators and severe winters that diminish herd numbers, deer are not a species at risk.

At this time of year, white-tailed deer have just finished mating so there will be many pregnant does out looking for food to fatten up before the snow falls.  Please watch out for these animals on the road as many are hurt or killed in highway accidents. 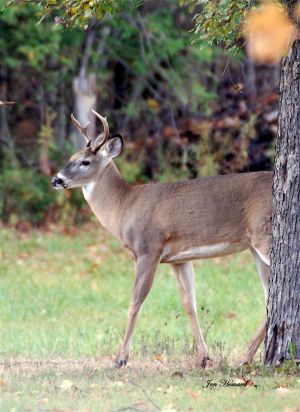 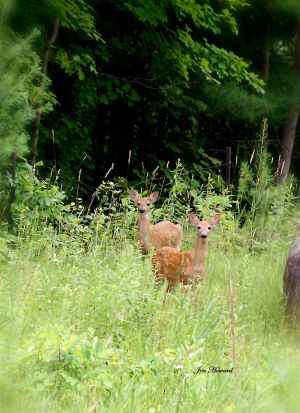 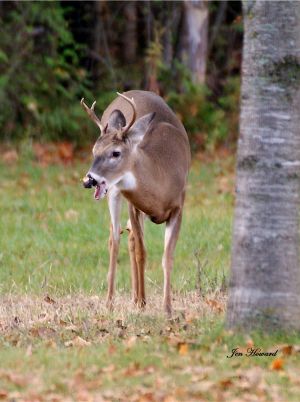 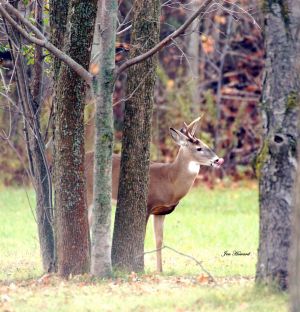 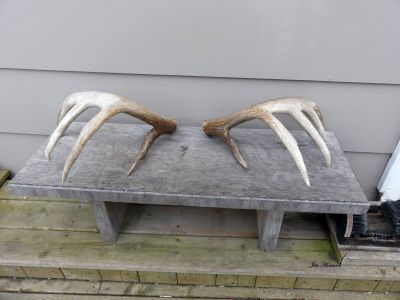 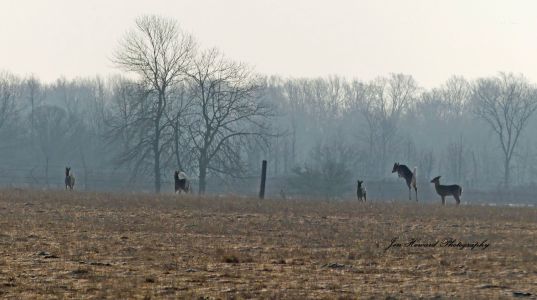 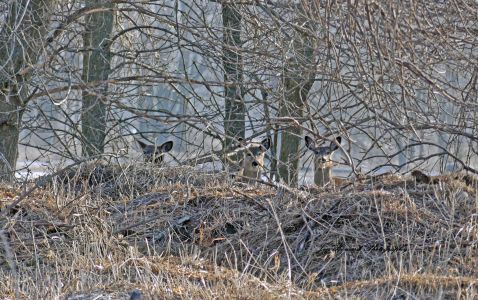 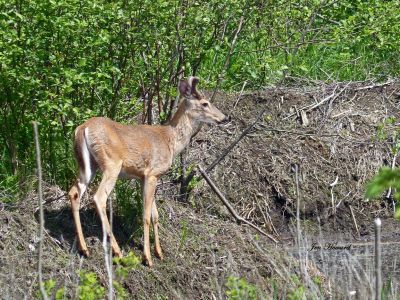 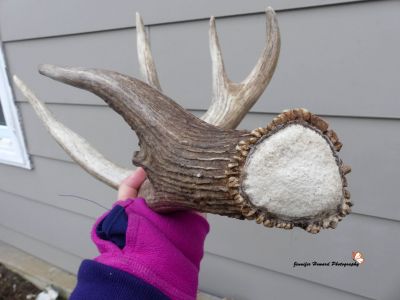