Article by Elizabeth Trickey and Photography by Jennifer Howard

September 17th is National Fox Day!  And if you’ve been keeping track of the work we do here at Procyon Wildlife, you will know that for the last several months, we have successfully rehabilitated and returned to the wild many sick and injured foxes this season.

As with most wildlife species, we have many foxes living amongst us.  In fact, they live all through Ontario and Canada, sometimes quite close to urban areas.  Most people just don’t realize it because foxes will keep to themselves, so aren’t a threat to humans.  But on occasion, they do need our help, and Procyon is available to rehabilitate the orphaned and injured.

There are 4 species of fox in Canada – Red, Grey, Swift, and Arctic.  In Ontario, the most common one is the Red fox: “Vulpes vulpes”.  The red fox is such a gorgeous species with its reddish fur, long bushy tail, slim legs with black paws, and pointed black snout.  Not every red fox has red fur, though.  Some of them, even from the same litter, can have differing colours of fur including brown, black and grey.  The one thing that tends to be common amongst all red foxes, regardless of actual colour, is that they have a white tip on the end of their tails.  Its size is similar to that of a medium sized dog, weighing anywhere from 8-15 lbs.  Its light weight allows it to be very agile and able to move swiftly when hunting.  A male fox (dog, tod, or reynard) is slightly larger than the female (vixen), and its lifespan is anywhere between 3-6 years in the wild.

The habitat of foxes is usually the edges of a forest or grasslands, though they can be found in deserts, mountains, and urban areas.  They are social animals that live in groups made up of family members.  There are several names for these groupings and can be referred to as a pack, leash, skulk, charm, or earth.  Foxes tend to live in the open, even in winter, which is why they are often seen during the day, even though they are nocturnal.  They might find shelter under bushes, wrapping their large fluffy tails around them when it’s cold.

Foxes often mate for life although they sometimes live separately during the winter when they are not breeding or taking care of cubs (also referred to as kits or pups).  Mating usually takes place in late winter and early spring, beginning with a courtship that includes a few weeks of bonding where they hunt together and look for an appropriate place to raise their offspring. Sometimes they will build their own den, though often they will just take over an abandoned burrow of another mammal.  Oh, and did I mention that there is much loud barking and screaming throughout this process?  I wonder if the barking and screaming is due to disagreements of having a new-build versus a re-sell!!

Breeding dens can be situated in quite a variety of places – caves, dense brush, hollow trees, underground, or beneath man-made structures.  They are usually lined with dry grass and leaves to keep the newborns warm and dry.  To keep safe from predators, the dens often have more than one entrance which allows for a quick retreat to a “safe house” when needed.

The babies are born after about 2 months gestation.  Usually, there are 5 in a litter though there could be anywhere from 1-10 kits born at once.  Momma fox stays alone in the den with her cubs for the first weeks while Papa fox is out hunting for the family.  After a couple of weeks, the cubs’ eyes open and they begin to crawl around the den.  At this point, Poppa takes care of the cubs while Momma goes out to do her own hunting.  At about a month old, the little ones are weaned, and they venture to the front of the den where they play, eat prey that is brought to them, and learn, from a distance, the sights and smells of the great outdoors.  Red foxes are known to be caring, patient, and playful parents.  Gradually, the cubs leave the den, under careful watch of the parents, to learn how to hunt.  By 3 months of age, they are able to hunt on their own, but continue to live in the den as a family unit until around 7 months old.

The red fox is an omnivore, eating both meat and vegetation, depending on the season.  A fox has incredible sight, smell, and hearing which helps it find prey in long grasses, and even underground and under snow. The meat diet consists of small mammals such as mice, squirrels, rabbits, lizards, and gophers with the occasional beaver, opossum, waterfowl, eggs, fish, and insects.  Vegetation includes fruits, tubers, flowering plants, and grasses.  A fox eats several pounds of food per day and will store excess food under leaves or snow for a later meal.  In urban areas, a fox might take after the Trash Pandas and go out for dinner in a large garbage bin!

The most prevalent predator of foxes is humans.  At one time, they were killed because farmers considered them as pests.  Now, foxes are recognized as doing farmers a service by feeding on the small mammals and insects that cause much greater damage.  Still, fox continue to be killed when people think they are a nuisance.  Trappers also target the red fox for its highly sought after pelt which is worth a lot of money.  And then there are the leisure hunters on horseback who chase and kill foxes for sport.  Yes, that’s still going on today.  Tally-ho.

Other predators of foxes include wolves, coyotes, lynx, mountain lions, bobcats, and bears.  Eagles and large owls are able to prey upon the fox pups, but the adults are too big and too quick to catch.  Red foxes can swim well, run 30 miles per hour, and jump over 6-foot fences.  They are also quite intelligent.  So, they are quite able to out-think and out-perform many of their predators.

Despite coyotes taking over habitats that were once frequented by red foxes, the red fox species is not considered at risk.  Their numbers are not diminishing and they are still found in most areas throughout Ontario.

This year, Procyon rehabilitated many more foxes than any other year.  Most came in with severe cases of sarcoptic mange, a contagious disease caused by mites burrowing under the skin.  Left untreated, it usually kills.  When the foxes arrived at our rehab, they looked so pathetic with chunks of fur missing and such sad eyes.  Despite being shy, private animals, they accepted their treatment and care without issue.  It was so gratifying to watch them eat a decent meal, put on some weight, grow back their fur, and finally be released back to their homes.

Public support is always needed in rehabilitating wildlife since rehabs operate only by donation.  If you would like to assist with a fox’s medical needs, then please contribute to its treatment by sponsoring one of these shy, gentle animals.

This month, help us celebrate National Fox Day as we rehabilitate the foxes that come into our care.

Click on any of the images for a larger view. 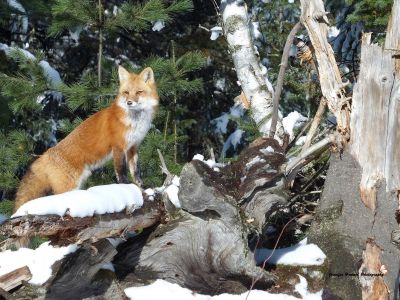 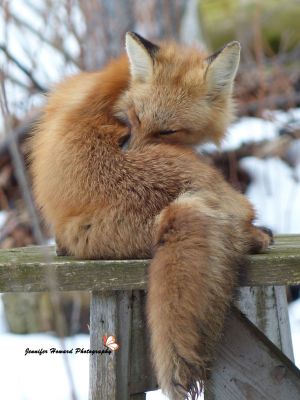 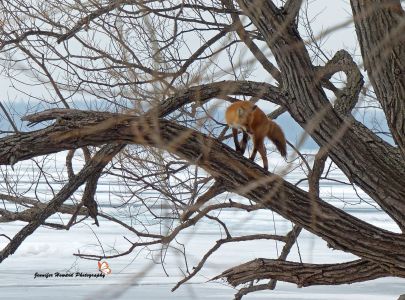 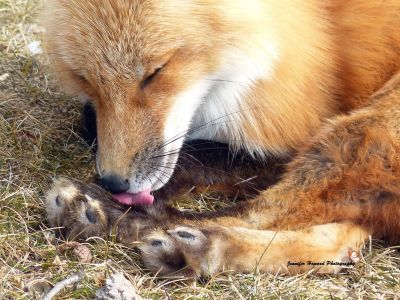 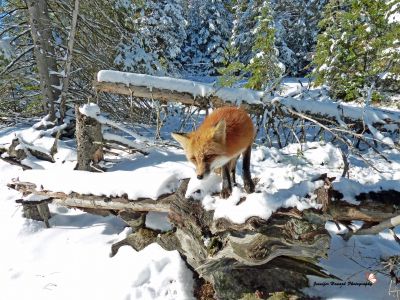 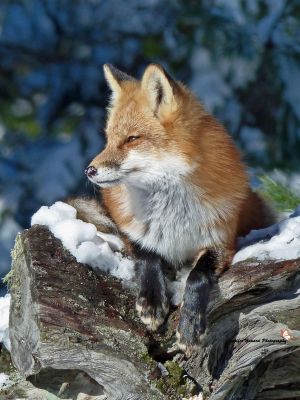 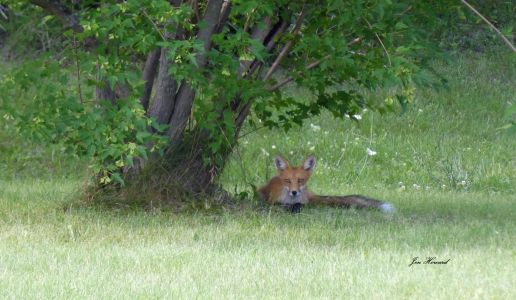 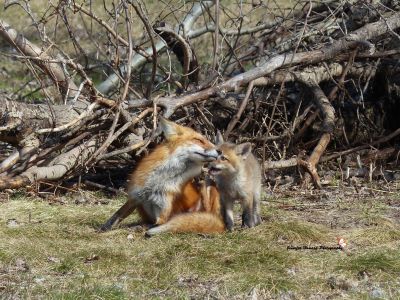 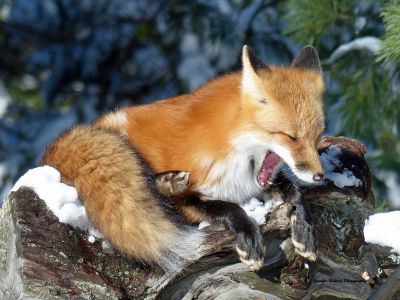 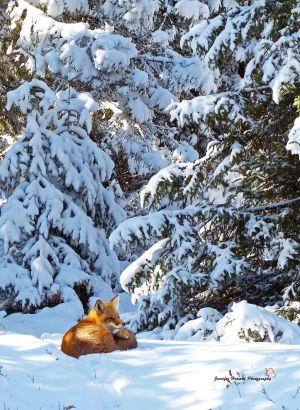 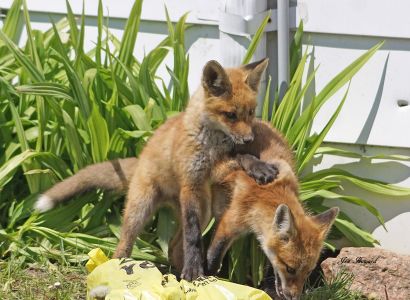 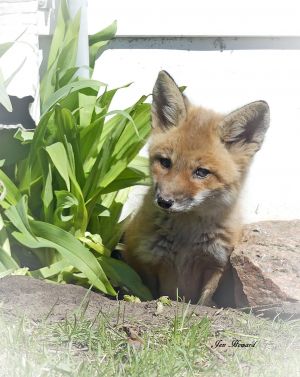 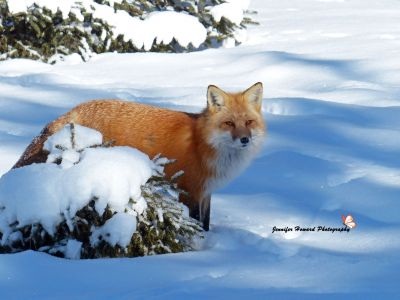 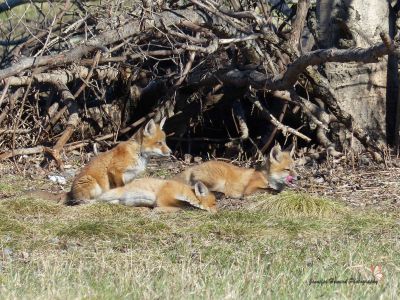 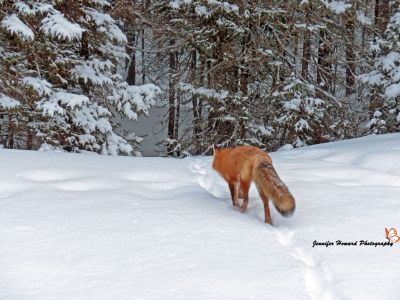 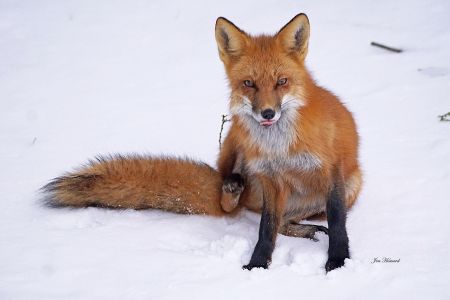 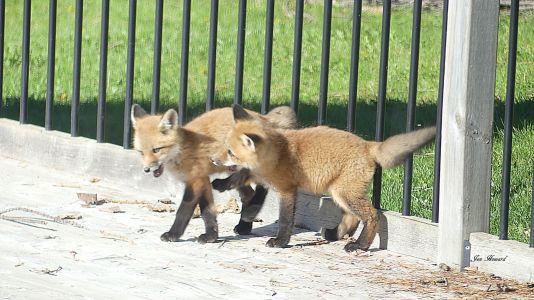 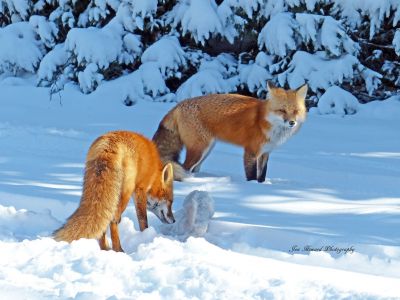 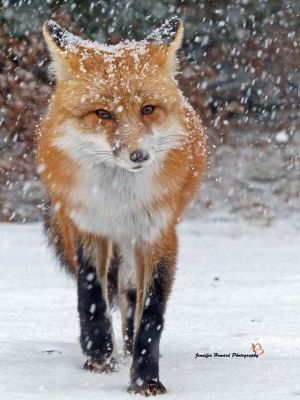 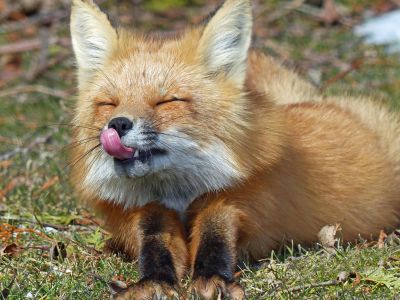 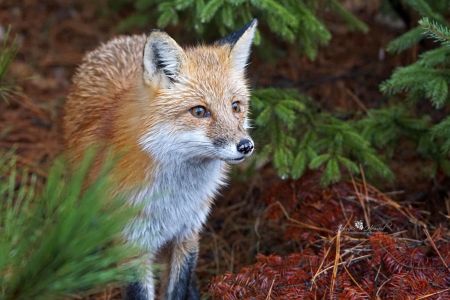 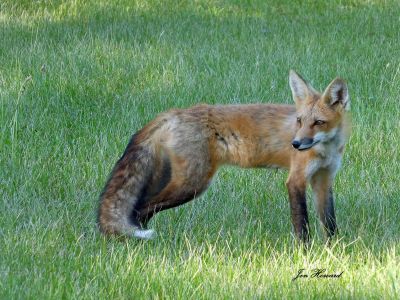