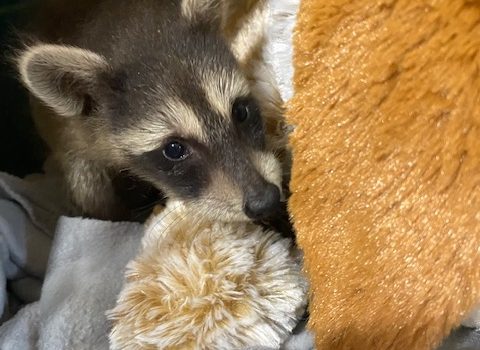 Procyon Wildlife is saddened to let everyone know that our beloved little Butter drifted away painlessly last night after having his emergency 3-hour surgery.

Little Butter was on a quick declining slope so we had to make some hard decisions with the surgical team and it was unanimous, move up the surgery date.  We knew he was struggling Sunday night and waiting until Wednesday, the original surgery date, would be impossible.   Everyone cleared their calendars and made it happen.  What a team!!!  Butter had the best of the best and last night he went into surgery.

At 4:30 pm, little Butter’s body which was the size of the 2-week old, even though he was 6 weeks old, was being prepped for the surgery.   We had to do it, we had to give him a chance.  Help was in our Hands.  Without surgery, Butter would die.  His odds were not good, but at least he had a slim chance, rather than none; the only option was surgery.

Between 4:30-5:00 pm, it was touch and go just getting him stabilized for the surgery. Trying to find a vein in his tiny little body was impossible so the surgeons had to try other ways.  Finally, they found a way that worked.  He was then given a concoction of drugs and anesthesia.  He stopped breathing, but the surgeons were on top of it and helped him along and by 5:00 the surgery was ready to begin. 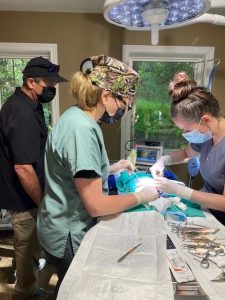 It took almost 1 hour of exploratory surgery just to find the entrance hole of the hernia, but the surgeons didn’t give up and finally found it.  It was located high up on the side of his body near the rib cage.  Not a typical spot to find a hole.  By 6:00 they were carefully pulling his intestines through the hole and out of the hernia.  By 7:00 they finally got all of the intestines out of the pocket. Now they had the task of putting them back where they belonged.  That was a challenge, his intestines were full of gas and fluids but they succeeded beautifully.  All the while, Butter was continuing to fight for his life as we were praying for him.  Way to go little buddy, you were a champ!

By 8:00 pm, the skilled surgeons were closing up all the layers of the incision.  They did a magnificent job, it looked perfect, no more hernia.  Now it was Butter’s turn.  He had to start breathing on his own and waking up from the anesthetic.   His heart was strong, and his body temperature was back to normal on his own, but his brain wasn’t giving him the signal to breathe.  The team tried and tried so hard assisting him for over 1 hour to get him to wake up but Butter was so weak he just couldn’t do it.

He was too tired from the fight for his life from the day he had his accident up to now so that during the surgery he just ran out of steam.  It was too big of a task for such a tiny little body.  He really was a fighter though, we didn’t even think he would make it through the surgery, but he did.  It was just the recovery stage he couldn’t do on his own.  So we had to say our goodbyes while we all praised Butter for fighting as hard as he could.  The entire team felt our hearts break last night. 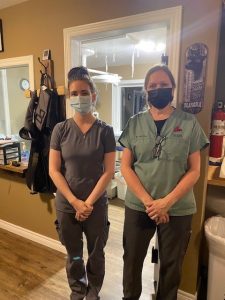 Butter was a very special baby raccoon.  His journey in life wasn’t long enough but he certainly touched a lot of people’s hearts in such a short time.

Procyon Wildlife would like to thank everyone for their prayers, kind words and support.  Also a very special thank you to Butter’s surgical team Dr. Sherri Cox, Dr. Nellissa Stalenhoef and Octavio who worked for hours last night trying to save his life.  Thank you to our Procyon Wildlife Animal Care Team who were on pins and needles while receiving a play-by-play and pictures on Messenger as things were happening during the surgery.  We also would like to thank YOU, our followers and rescuers for caring enough about wildlife to get them the help they need.  It’s your support, prayers, and kind words that make it all worthwhile, even though we struggle to get through sad times like this.