photos and article by Jennifer Howard

In mid-March, I began receiving messages about sightings of mangy foxes in the Alcona area of Innisfil. I started working with caring community members and together we ended up setting up a network of 5 live traps. These traps were all in secure places and were being monitored by homeowners, and by cameras.

As the foxes continued to worsen, I got more aggressive. On April 24th, I started sitting at locations where reported sightings had been made by concerned people monitoring the foxes’ routines and by what the cameras showed.

I watched one go in and out of the trap four times, I held my breath each time. The fox hung around for over two hours and then left. Unfortunately, the trap had been jammed by a small stick. Saturday, I sat watching, but still nothing, and it was so cold and windy.  Sunday, I sat once again; the weather had not been great.

Still no fox, so I went for a drive and then I saw him, just the next street up, trying to hunt! He was so sad looking and so hungry. He could not hunt successfully. I decided, this is it. I put my four-way flashers on and followed this boy. It was scary. He was everywhere. But he went right to where we had set a trap just the night before. The trap failed when he went in. I called my good friend Andrew who is a wildlife rescuer. He came right down and checked all my traps. He instructed me on how to properly set the traps. Once we got all the traps reset, we got to work.

Within the hour or so we had captured our first fox, named Trooper. I am not usually a rescuer; I write monthly articles for the Procyon Post and take photos for Procyon. I am a wildlife photographer. I have sat with many animals in my career of taking photos. It is my sanity, my saving grace. I have trapped a few animals in need, yes, however it was beyond belief to see so many mangy foxes in one area.

And as difficult and challenging as this has been, I just could not say no to trying to help these animals. I am always learning which is what keeps us on our toes; learning, helping others, helping a needy animal. This first fox started the ball rolling when on Sunday, we got Trooper.

On Monday, two worried callers contacted me since they had not seen any parents in 24 hours to tend to their kits in a nearby den. In the case of Family Number 1, the parents of five very, healthy kits had come home; out hunting can take time. I set my camera up to monitor Family Number 2, who have two kits. Mom and Dad came that night and appear to only come at night. All good.

Then I got a call. Fox in trap! This fox is named Katie, and what a sweetheart she is, a little female, not yet a mother. Just a sweet little fox.

By Wednesday, the 28th, we had one fox left to trap, who was only coming out at night. So, I decided I would stay there until I got him. I was granted permission to sit in the homeowner’s driveway where I could wait for the fox to enter the trap. I got a call halfway there; at 11pm the fox was already in the trap. No camp out tonight! LOL.

I had been ready; blanket, iPad, snacks. You see, these live traps attract any animal out at night foraging. By staying close by, I could immediately release any animals should they go in. A raccoon had been caught the previous night; the homeowner was great and had let it out, no problem. Also, there was a cat, an opossum and a pregnant skunk. It turned out that this night was the fox’s night, who is now named Bear.

I could not have done this alone. The community support I received was incredible. Sue from Positive Ground Search had been helping me for a while with one of their traps and a couple cameras and of course, the support from Procyon Wildlife, where I volunteer, was invaluable. Friends and family. Andrew from TWC. Sue’s friend Lorri who watched for the fox in case he moved as he was hunkered in. And finally, this past Wednesday night, Sue’s friend Trisha who was on standby for when the fox was caught, helped carry him out. Sue and Trisha were there within minutes.

Bear hunkered in my garage snuggled in and safe for the night. I took him to Procyon first thing in the morning, where Sarah, Procyon Animal Care Assistant and Director, met me to admit him.

Trooper, Katie and Bear are all going to be fine; they have been good patients, are eating well and should be fully recovered in a couple of months. I have more foxes to get, unfortunately. But for now, three foxes in 4 days have left me in much need of a rest. This has been a team effort by all.

In these pandemic times when all you hear is negativity and craziness, it is incredibly powerful to have the support of so many caring people. The foxes of Alcona are very lucky that they are much loved by their community.

We are in for a lot of cost in caring for and feeding these beautiful foxes for the next couple months. It would be so appreciated if you could donate something toward their care; even gift cards so we can go buy rats, anything you can do, nothing is turned down.

If you want to sponsor Trooper, Katie or Bear, you can go onto our web page https://www.procyonwildlife.com/product-category/sponsorship-programs/

You will receive a lovely photo and certificate of the fox, and the satisfaction of knowing you too, are helping in their recovery and care. With Covid-19 we have lost so many fundraisers; every little bit from you helps!

For now, Trooper, Katie and Bear continue to be the centre of attention in Alcona, with everyone following their progress. Three little treasures, although they were not the easiest catches, helped me to learn a lot about how to capture them and about their behaviour as sick foxes. I learned in these hard times there is still a lot of compassion out there. These little lives sure have brought a lot of people together and have given me purpose.

Stay tuned for more updates on these and other animals at the Centre to brighten your day and make you smile.

Gallery of images of Tropper, Katie and Bear. 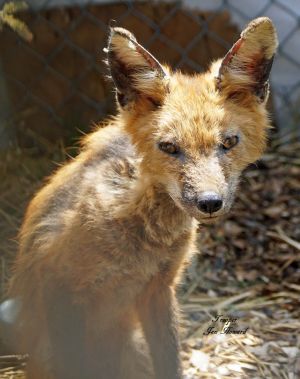 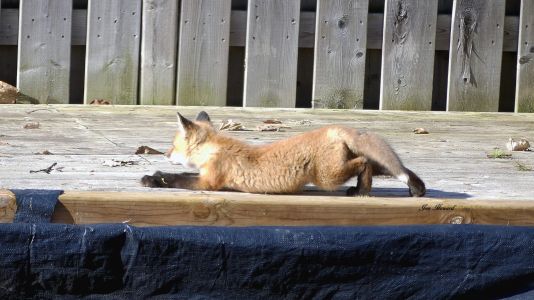 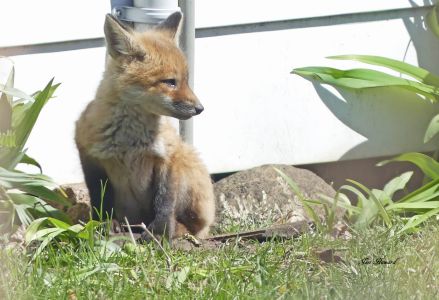 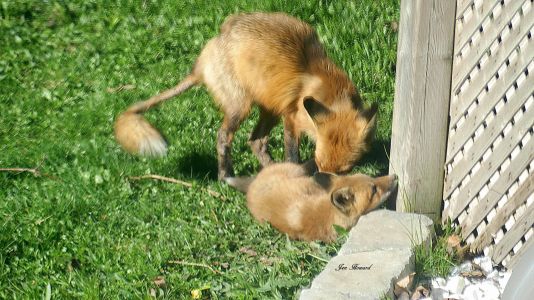 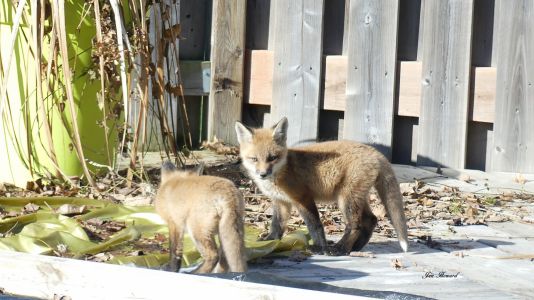 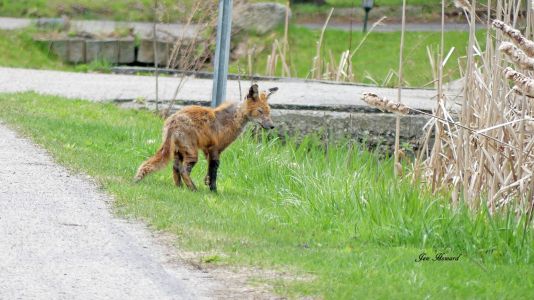 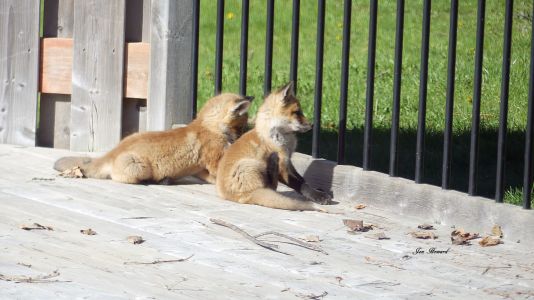 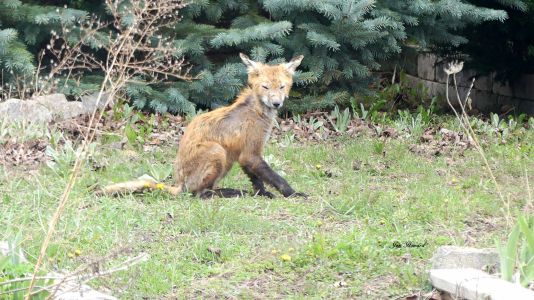 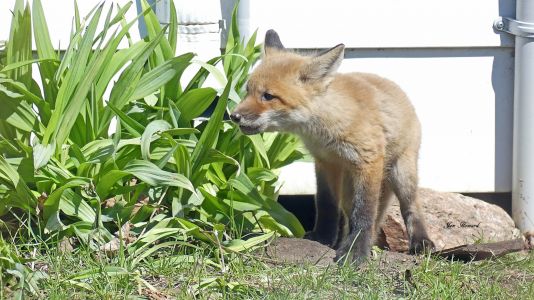 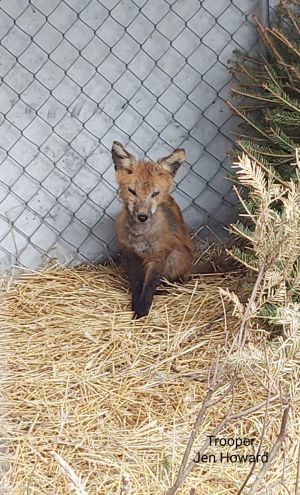 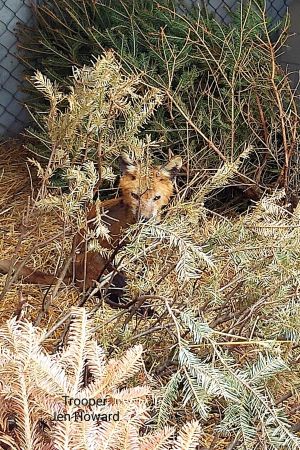 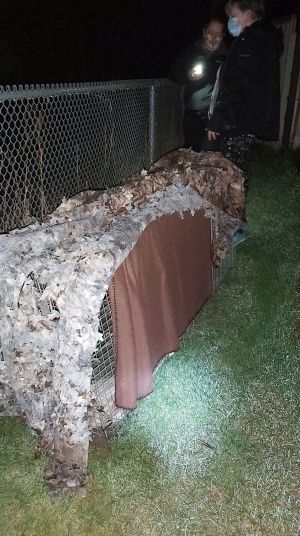 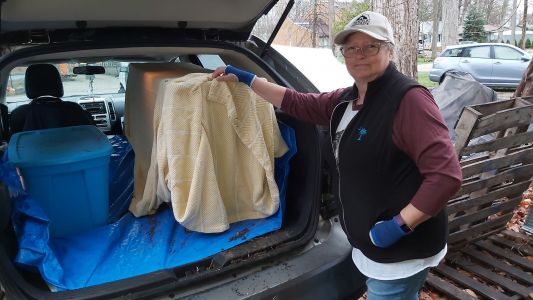 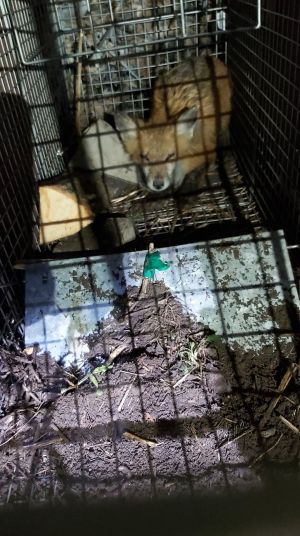 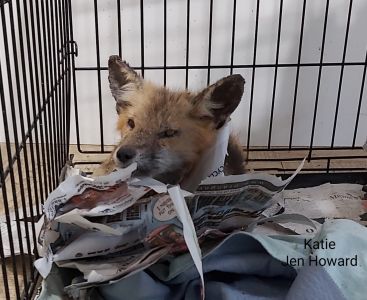 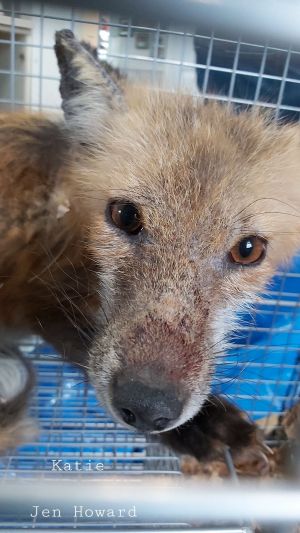 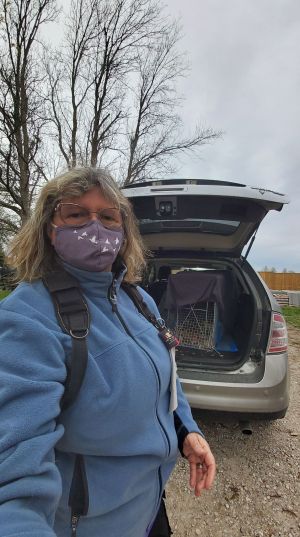 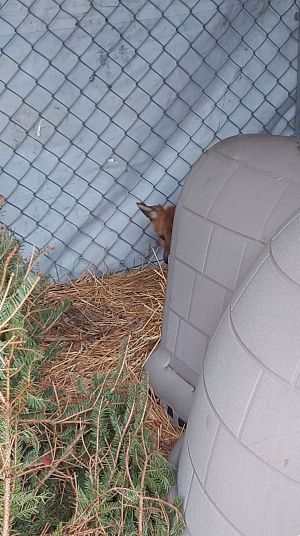 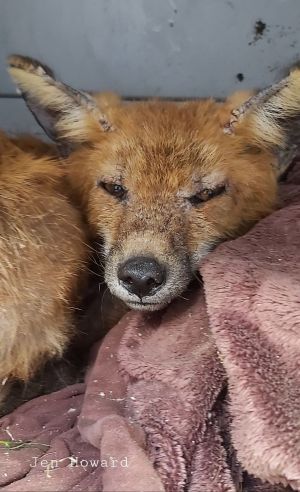 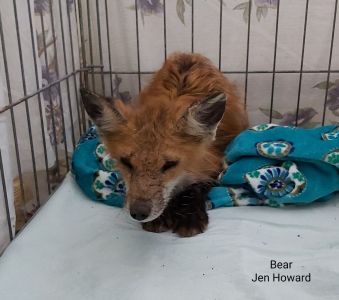 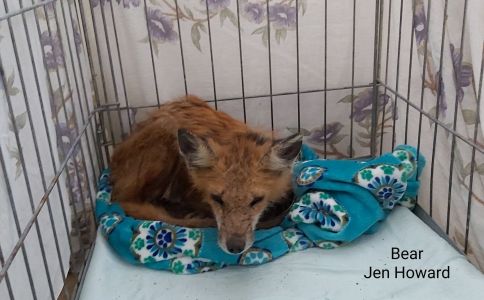