OK, a little different coming from a Canadian Wildlife Rescue site, but hey, there’s not much in special animal events going on this week!  And this article takes an unusual, very sharp turn, partway through.  So stay with me, read on, and see where this takes you.

Basically, this special celebration of crabs involves racing the tiny crustaceans from the centre of a 6-foot diameter ring.  These hermit crabs supposedly go through a training program first, with the fastest crabs being used in the race.  The winning crab is the first one to make it to the outside of the ring.  This spiny little critter is actually given a trophy – the Morgan Trophy.  I wonder what the clawed creature does with it?

In researching about crabs, I came across a fascinating article on the crabs of Christmas Island.  It is there where the largest animal migration on Earth takes place and has been described as one of the 10 natural wonders of our world.  Now that’s an even more amazing race!

Millions of red crabs live in the jungle of Christmas Island, which is a tiny isle in the Indian Ocean.  Every year, at the start of the rainy season, the crabs travel from their burrows in the jungle to the ocean where they mate and lay their eggs.  National park staff, concerned about crabs being run over as they cross across roads to get to the ocean, has had metal bridges built over the roads to ensure their safety.

That reminded me of the animal crossings over highways that I have seen in North America.  When I first saw one in Colorado, I was feeling all warm and fuzzy, thinking that governments cared about the safety of the animals.  However, I was told they were actually for the safety of human drivers.  But still, it is a win-win situation for all.

Now let’s be clear about what animal crossings are, and aren’t.  They are bridges over, or tunnels under, major roadways that provide wildlife with a way to cross the roads safely.  They are not the little signs along highways that say “deer/moose crossing”.  Those signs are to warn car drivers of possible danger, not to tell deer or moose that it is a good place for them to cross!  Surprisingly, there are many people who have sent letters to the government saying they should move the signs to areas where it would be safer for the animals to cross!  Oh my….

Research done in Alberta has demonstrated that animal crossings are very effective in keeping both large animals and vehicle drivers, safe.  Beginning in the 1980s, 24 corridors of 22 underpasses and 2 overpasses, were built in Banff along the Trans Canada Highway.  Fencing was put up along the rest of the open highway to keep the animals from traversing the road and to funnel wildlife toward the road crossings.  It was found that over a 25 year period, the crossings were accessed 84 000 times by large animals such as bear, wolf, deer, mountain lion, and moose.  Interestingly, these animals required time to adjust to the crossings – as the years went by, more and more animals began using the crossings.

One study found that having animal corridors reduced highway deaths of ungulates (that’s hooved animals) by 80%.  Unfortunately, bears did not have a similar outcome.  Their highway deaths remained consistent with the amount of traffic.  It was found that additional safety measures were needed, such as a different type of fencing, in order to protect the bears and to get them to use the crossings.

In order to protect motorists, Ontario built its first large animal crossing in 2010, between Sudbury and Killarney, an area that experienced a high number of car accidents due to collisions with wildlife.  Exclusion fencing was also installed along the highway to encourage the animals to use the crossings.  For animals that were trapped on the roadside of the fencing, many one-way gates were installed to allow them to get into the protected area, away from the road.  Soon after that, a tunnel was built at a much cheaper cost.  Follow-up data showed that the fencing was very successful in keeping wildlife from the roadway.  It was also found that large animals seemed to prefer the overpass to the underpass.

As previously mentioned, these corridors were built for the safety of humans.  What is great, though, is that as an added bonus, they also protected the larger animals.  And it gives me great pleasure to report that in recent years, Ontario has been building “eco–passages” which are tunnels under roadways for the safe crossings of smaller animals.  This protects animals such as snakes, turtles, rabbits, skunks, muskrats, frogs, beavers, squirrels, and raccoons from becoming road–kill; it has nothing to do with the safety of humans.  Now I’m back to feeling those warm and fuzzies!

Eco-Kare International, an Ontario company, was set up about 10 years ago to provide solutions for developing cost-effective, man-made structures that maintain healthy ecosystems.  This company helps in the planning and design of roads that include eco-passages, and then monitors them, using camera equipment to note which animals are using the tunnels, as well as the frequency of use.

Below are some examples of animals using the tunnels, photos courtesy of the Toronto Zoo, Adopt-a-Pond program with the last photo of the Blanding’s Turtle courtesy of Eco-Kare International (funding from the Ontario Ministry of Transportation). 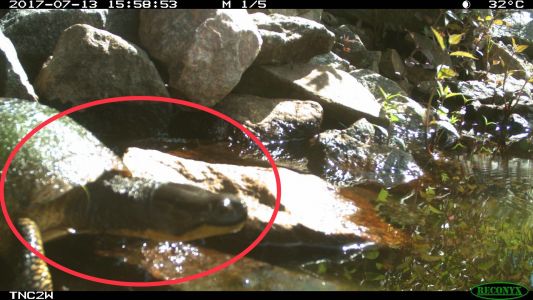 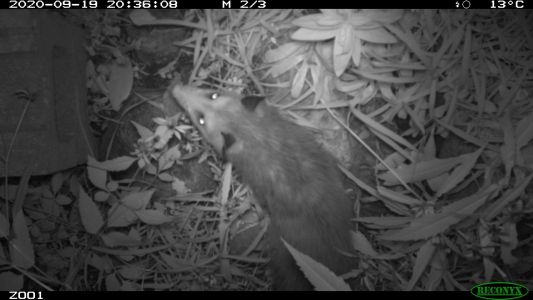 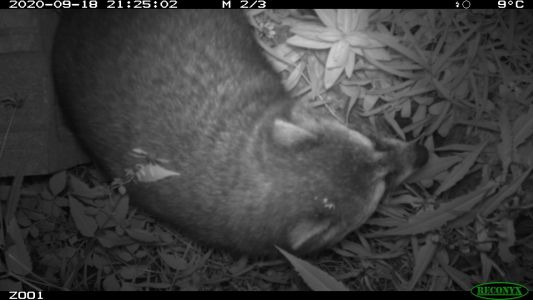 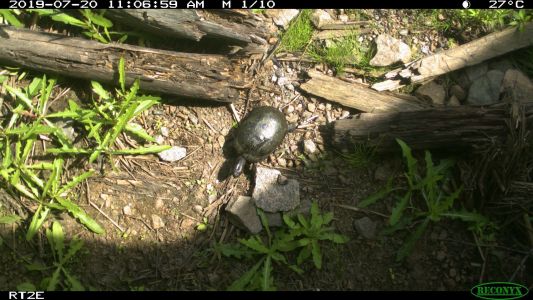 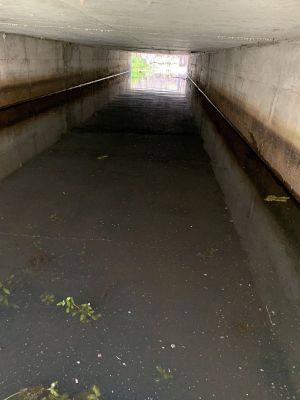 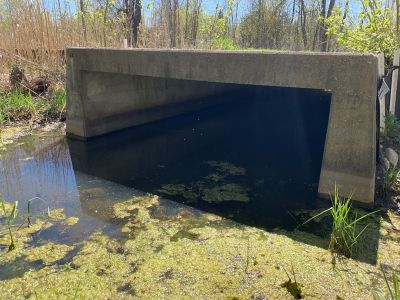 Parks Canada on the Bruce Peninsula has been instrumental in building deflection fencing and tunnels for our smaller animals.  Many of our smaller wildlife are experiencing a serious decline in their numbers due to traffic fatalities.  Snapping turtles and Massasauga rattlesnakes are both considered endangered, so these eco-passages will help improve their numbers.  Photos below courtesy of Bruce Peninsula National Park. 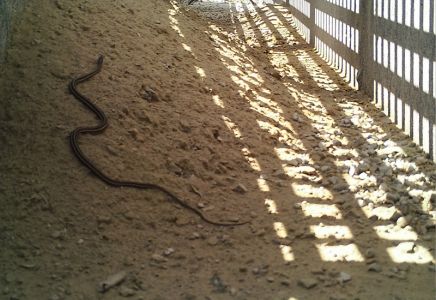 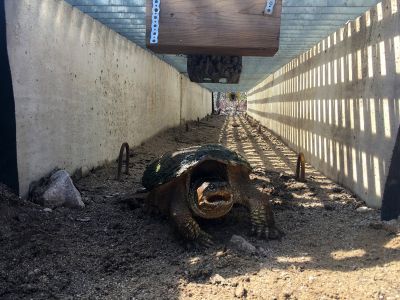 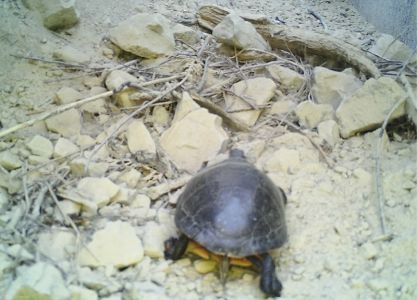 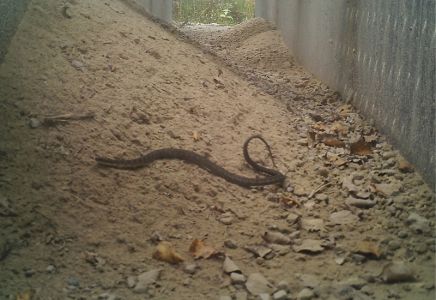 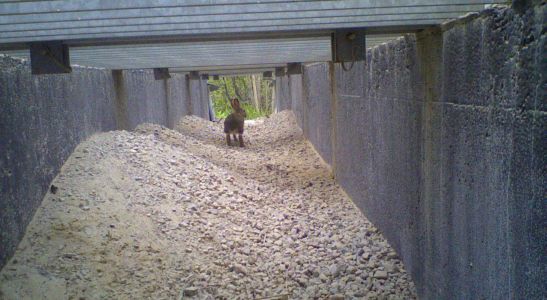 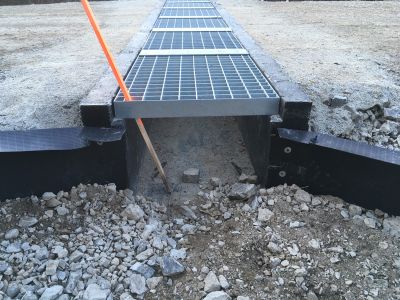 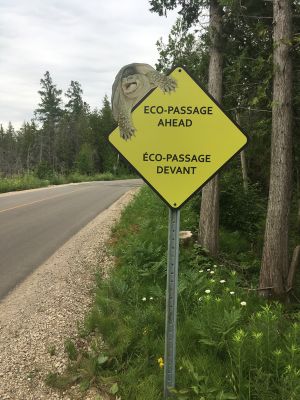 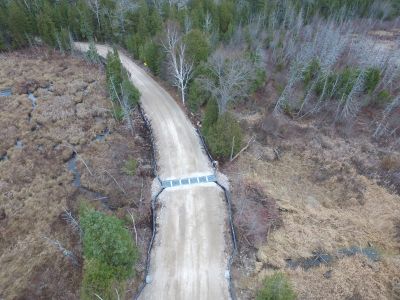 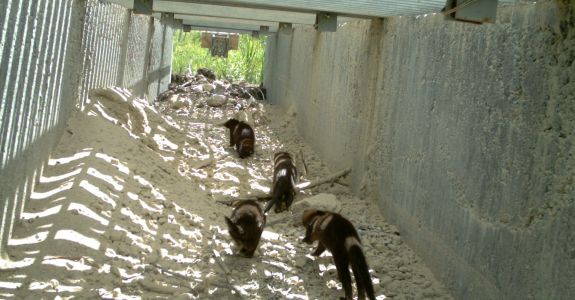 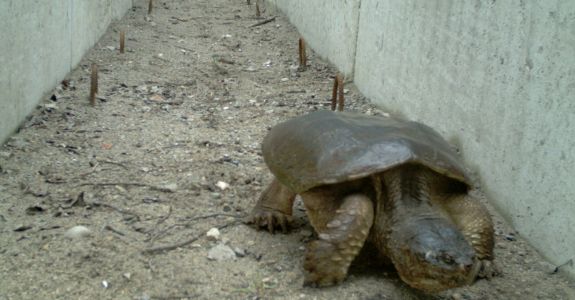 This past year, closer to home, the city of Brampton, in conjunction with the Toronto and Region Conservation Authority, has been busy building 3 eco-passages for wildlife.  Their concern was the amount of animal road deaths alongside the wetland areas in Brampton where wildlife, such as turtles, migrate to each year in order to mate and lay eggs.  As well as building the tunnels, they have installed 1500 metres of fencing along the roads to funnel wildlife towards the underground passages.  Three cheers for the city of Brampton!! 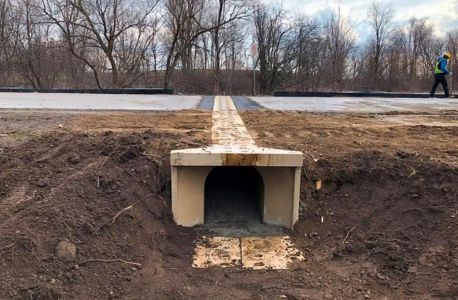 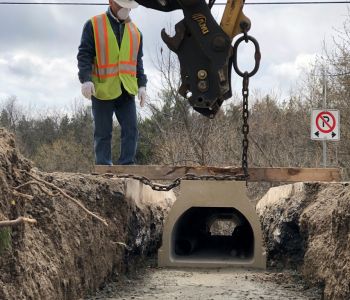 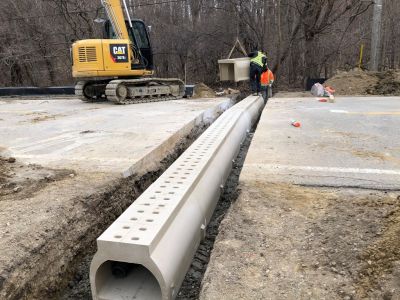 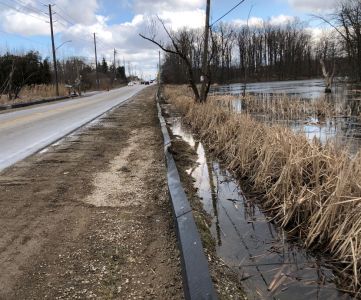 As more roads are built through wildlife habitats, the animals that live in these environments still need to use that full area for their homes, to find food, and for their offspring.  This means that they need to regularly cross these newly built roads within their existing habitat, which poses a danger to them.  Eco–passages allow wildlife the connectivity to all areas of their habitat without the danger that roads possess.  As well, with global warming, more species are travelling northward where the weather is cooler.  Again, wildlife must cross across roads in order to migrate to more northern environments.

I know I haven’t provided readers with much information about crabs, and I’m sorry for that.  They are truly interesting animals.  They share their special day of February 17th with another special day.  That is “Random Acts of Kindness Day” which makes talking about animal crossings even more relevant.  We are being kind, not to mention smart, to provide our precious wildlife with the means to survive in our developed world.  Their survival is ultimately our survival.

Note From the Editor: Featured in the news lately is that the Ford government plans to go ahead and build the 413 Mega Highway and the Holland Marsh Highway (Bradford Bypass). You might recall that environmental assessments and lobbyists showed that these highways would be very harmful to the environment and in February of 2018, it was  decided not to proceed. Now, just three years later, the issue is at the forefront again.

It is up to us, as the public, to make sure that we are aware of all the pros and cons to these highways, however, it is quite apparent that the environmental impact could be quite significant. Highway 413 would be 50 km long and would pave over 2,000 acres of Class 1 and Class 2 farmland – among Ontario’s most productive farmland as well as harm sensitive ecosystems and the wildlife that lives there.

Certainly, if construction of the highways does move forward, we can only hope that many eco passages will be built to accomodate wildlife.

Here is a report from August of 2020 which our readers may find of interest;

New Report – Is Building Highway 413 the Best Option for Moving People and Goods?

At the very least, proper due diligence should be exercised.