Sometimes we get animals admitted to the Centre that somehow get our attention in a different way. Oh, don’t get me wrong. All of our animals are special. Each one of them having their own individual stories. In this article, I am going to give an update on some of the wildlife residents recovering at the Centre.

I think most of you all know who Captain Lucky is; the raccoon who came in with a horrific injury to his hindfoot, probably caused by an illegal leg-hold snare trap. This poor innocent soul ended up losing his back leg.

The amputation surgery went well by our veterinarian Dr. Rebecca, who at the time, was new to Procyon. He had a couple of little tweaks along the way during his recovery, but all in all Captain Lucky is outside and doing amazingly well.

Our animal care coordinator Crystal fed him the other day and discovered him actually using his tail to balance himself where his leg used to be.

His fur is growing in nicely and overall he is really coming along great which is fantastic news. He will be overwintering with us so any donations towards his care would be greatly appreciated. Every little bit helps. Here is a short video of Captain Lucky taken by Crystal Belgue Faye. 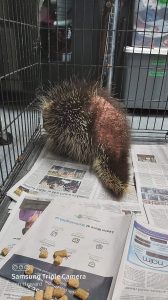 Another more recent admission who will be spending some time with us is a porcupine named Spike. Spike came to us earlier in October with a sore foot.

But he also lost a lot of his much-needed quills when the rescuers brought him in. A little bit of education here;  Spike was covered with some blankets overnight and then on his drive into Procyon, he got busy and decided to pull those blankets into his cage with him. By the time he arrived, the blanket he pulled in was littered with his quills. Literally loaded with his quills from his back and some from his tail as well. His back and tail were very red and sore from this and now he had more than just a sore foot. But you know, the rescuers didn’t realize this would happen. It’s not their fault and they did what they thought was right since it is for other animals, although raccoons will pull a blanket in as well. You want to keep them warm and comfortable.

Although this little rascal was busy, fortunately, his quills will grow back. His foot was vet checked and cared for. He has a big sore in his palm and two little puncture wounds on either side at the base of two of his toes. Then the vet found a couple of quills protruding from those areas; the consensus being they may have been from a mating ritual. He got quilled. But of course, he can’t talk so that is only a guess. The thing is he is doing well and his foot is looking better with his hair is growing back slowly. 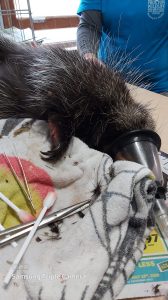 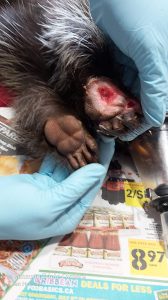 Spike is a real character. He loves apples and carrots. He gets ticked off and lets us know that, by chattering his teeth if he can’t have his way. This is his way of showing us he is angry at us. Which brings a chuckle to our faces. He will be with us for a while so the other day he got moved to a bigger enclosure until he can go outside. He explored and had the best adventures. In minutes his cage was trashed, his water was dirty and he had seen the world upside down, right side up, then sat smack in the middle of his dish to munch on a carrot. Then he started all over again. We laughed and chuckled to ourselves as he enjoyed himself to the fullest. He knew something was going on while his new home was being built. He totally trashed the other cage, paced and tried to grab us if we got too close in a playful manner. He wasted no time in checking out every nook and cranny and every piece of wood in his new home. Climbing in every direction at every angle possible; he was having a blast.

But Spike doesn’t get covered unless those covers are actually tied to the cage so he can not pull them in. Because he will try and he will succeed. So no covers for Spike in his bigger enclosure. He is fine. He loves his tree trunks and stumps. It’s not normal for them to be right on the ground, they like to perch.

So if you need to bring us an injured porcupine, please remember Spike’s story on how he lost so many important quills. Don’t put anything on the cage that he can pull inside. When I rescued a big porcupine a few years ago, I put her into a large Rubbermaid container, punched lots of holes in the lid and taped it shut as she had to overnight with me; they are great escape artists. There was nothing inside with her for her quills to get caught in, and as she had been hit by a car and was not only injured but had lost most of her back quills, I put her in a quiet place with a heat source to keep her warm. This idea eliminates covering them to keep them calm and is easier to keep them warm. No quills can be lost. Then get to us ASAP. I now keep that container in my car and have since had another injured porcupine in there. It is the perfect size.

Spike had his second vet check with Dr.  Rebecca this week and his foot is healing well according to her. Hopefully, soon he will be able to go outside to a more natural enclosure. He will be given lots of straw to keep him warm and the outdoor enclosures are protected from the weather.

Let’s hope for yet another couple of total recovery stories for these two animals for when they will go free, back to the wild.

“HELP is in YOUR Hands”

Enjoy this gallery of photos of Captain Lucky and Spike! 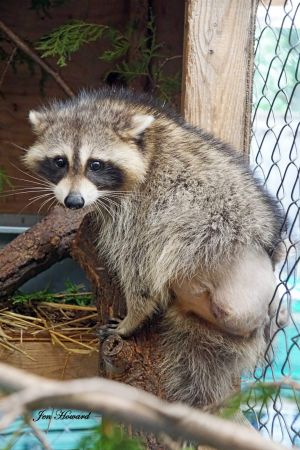 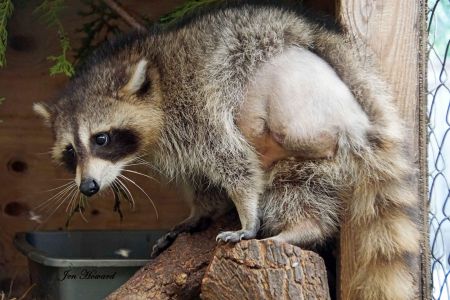 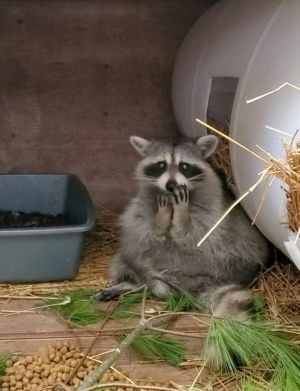 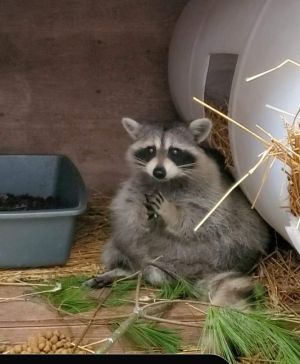 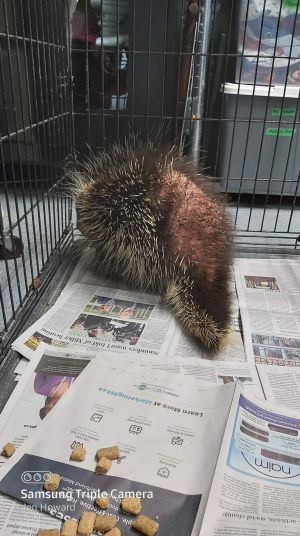 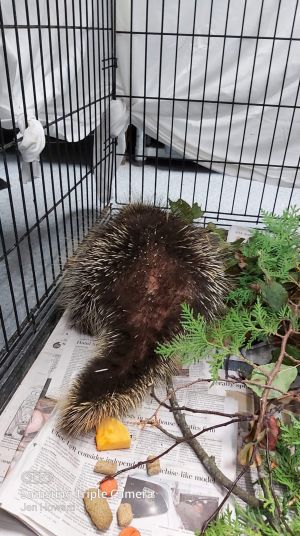 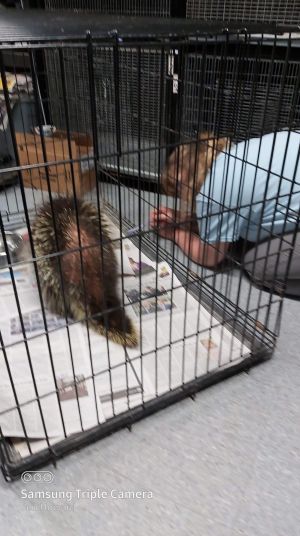 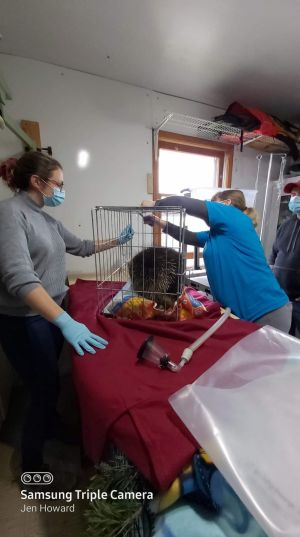 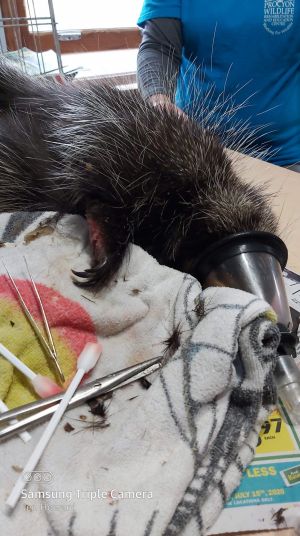 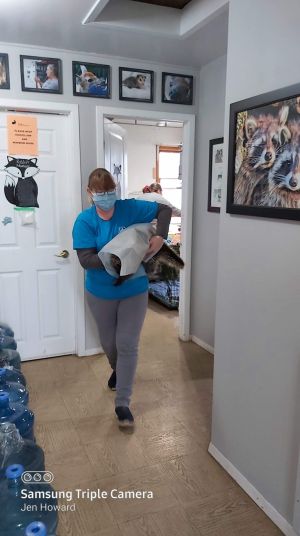 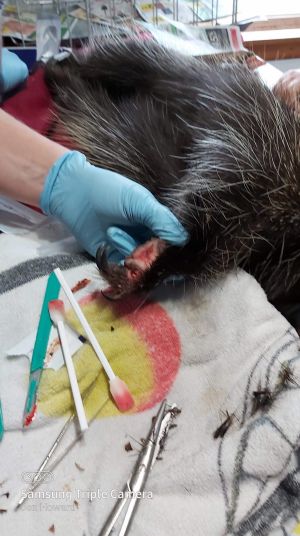 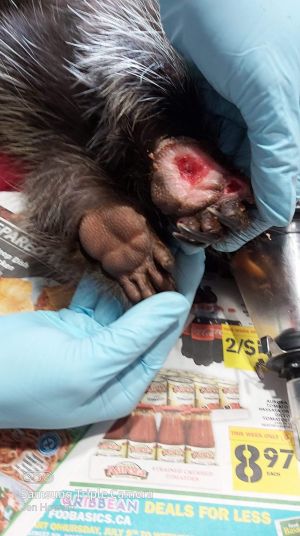 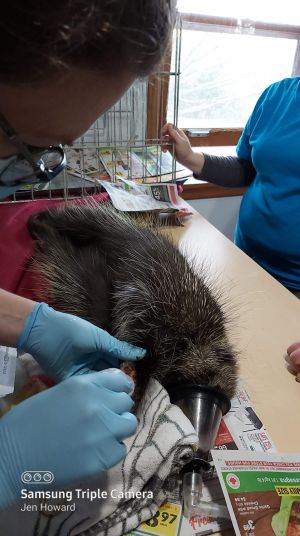 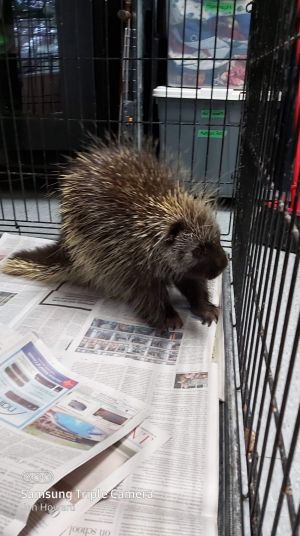 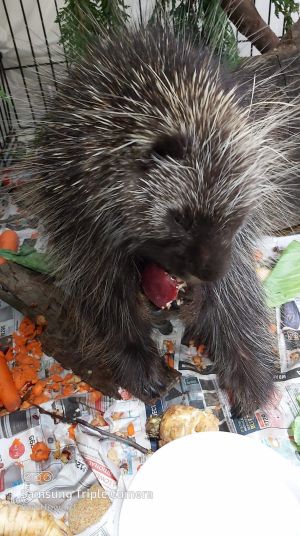 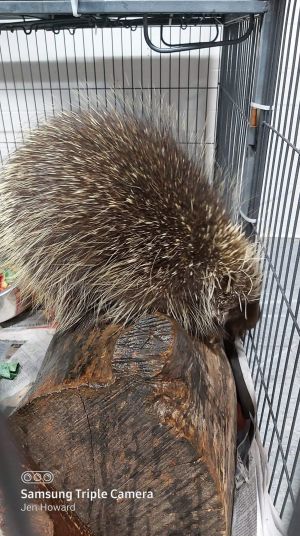 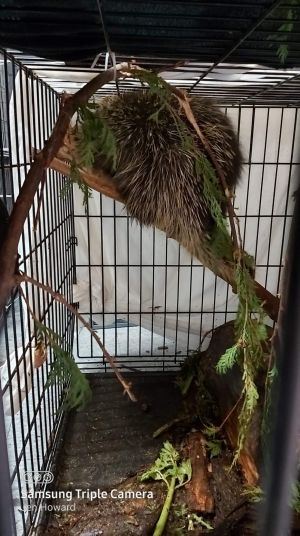 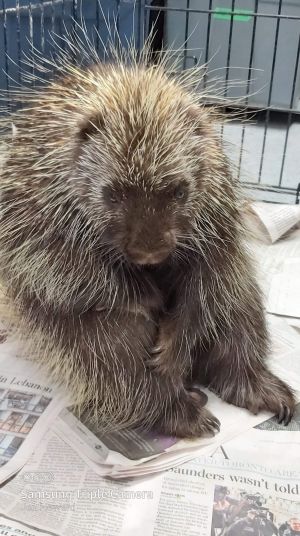 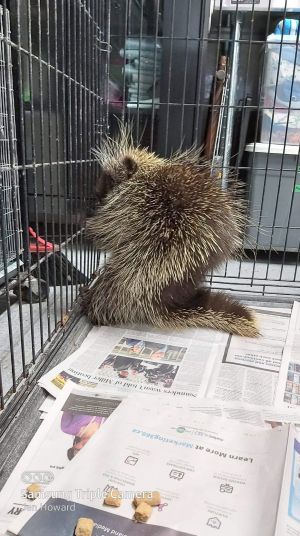