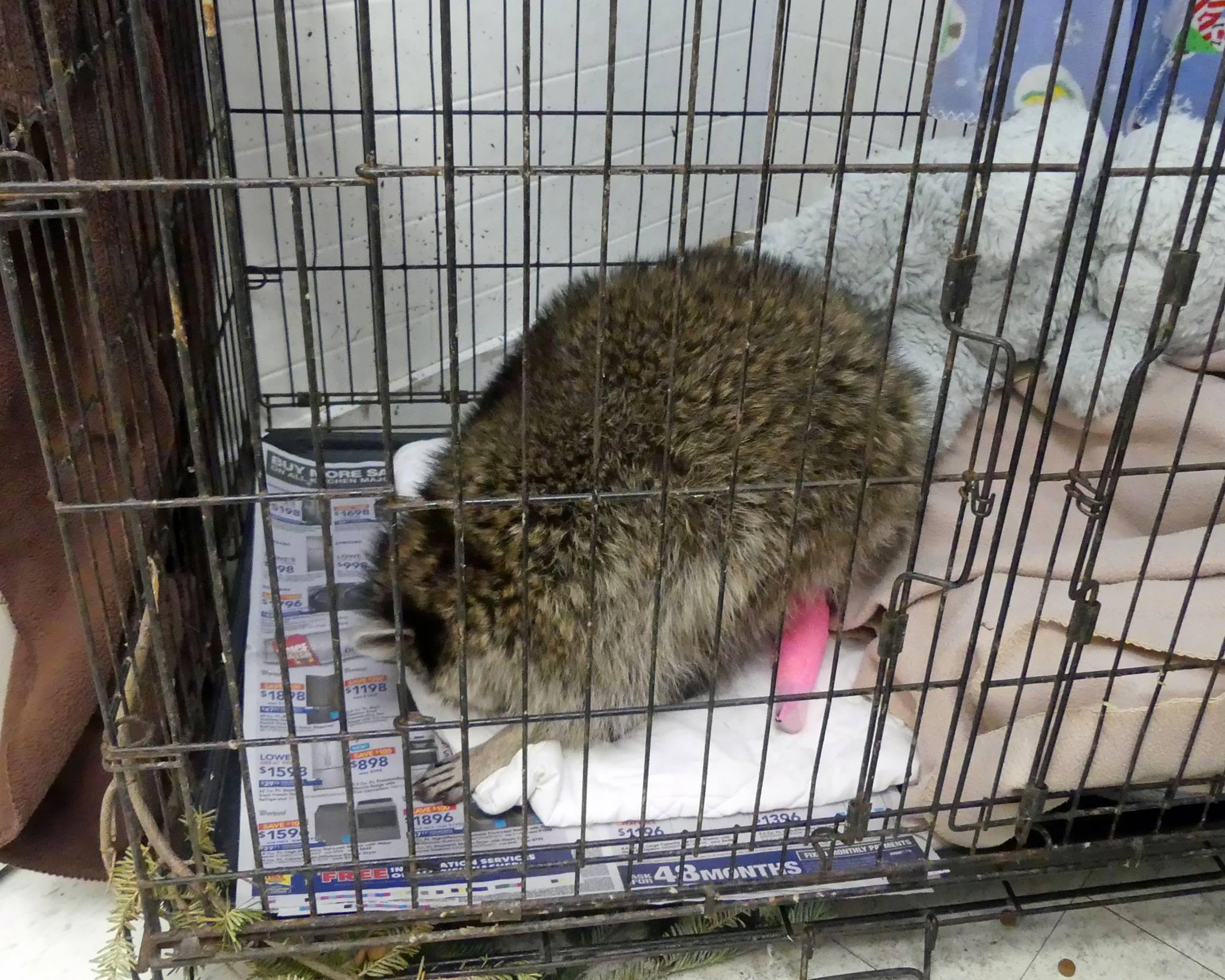 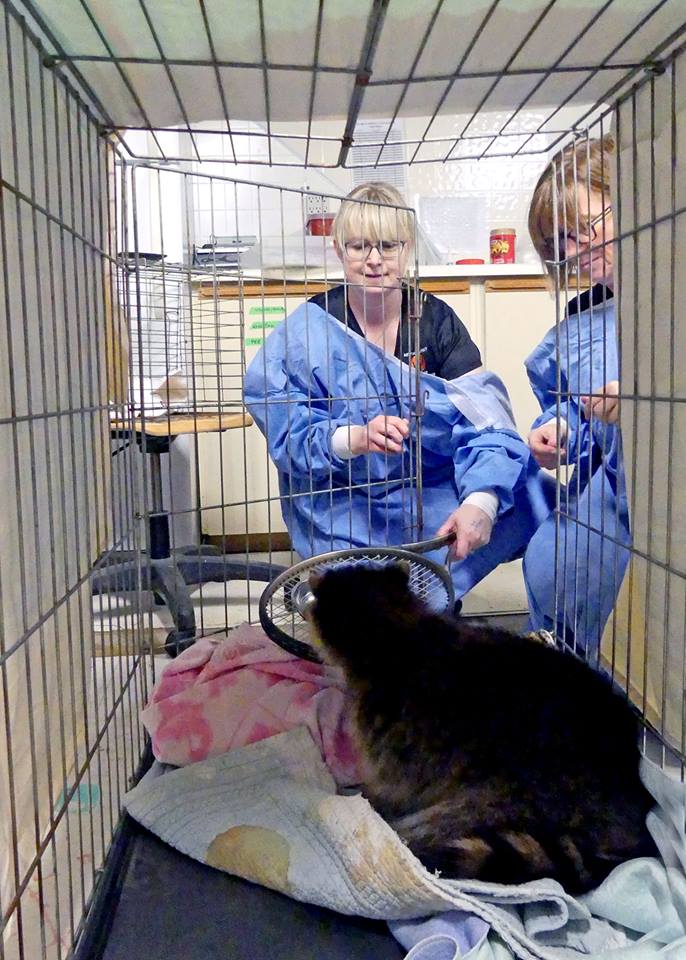 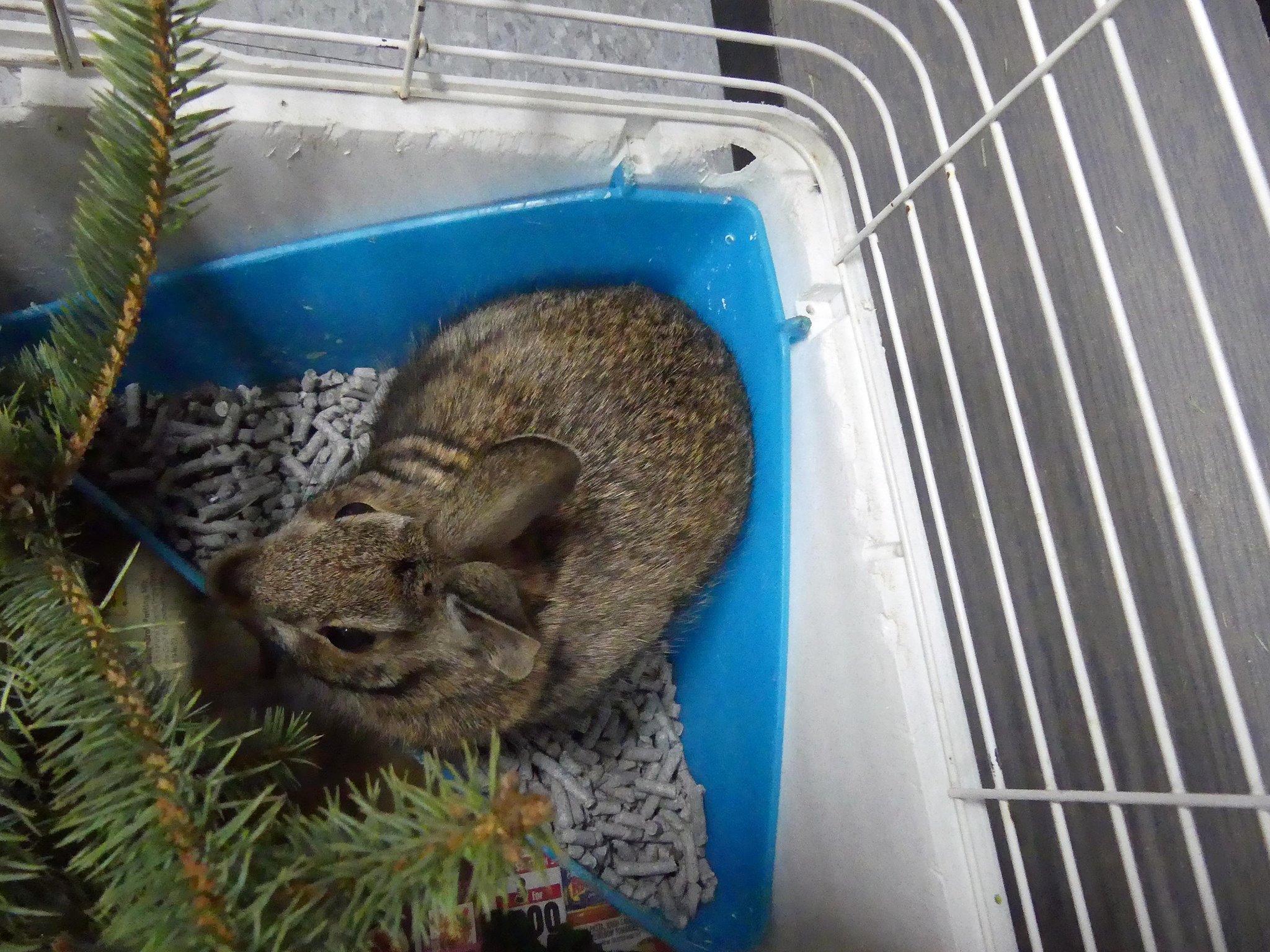 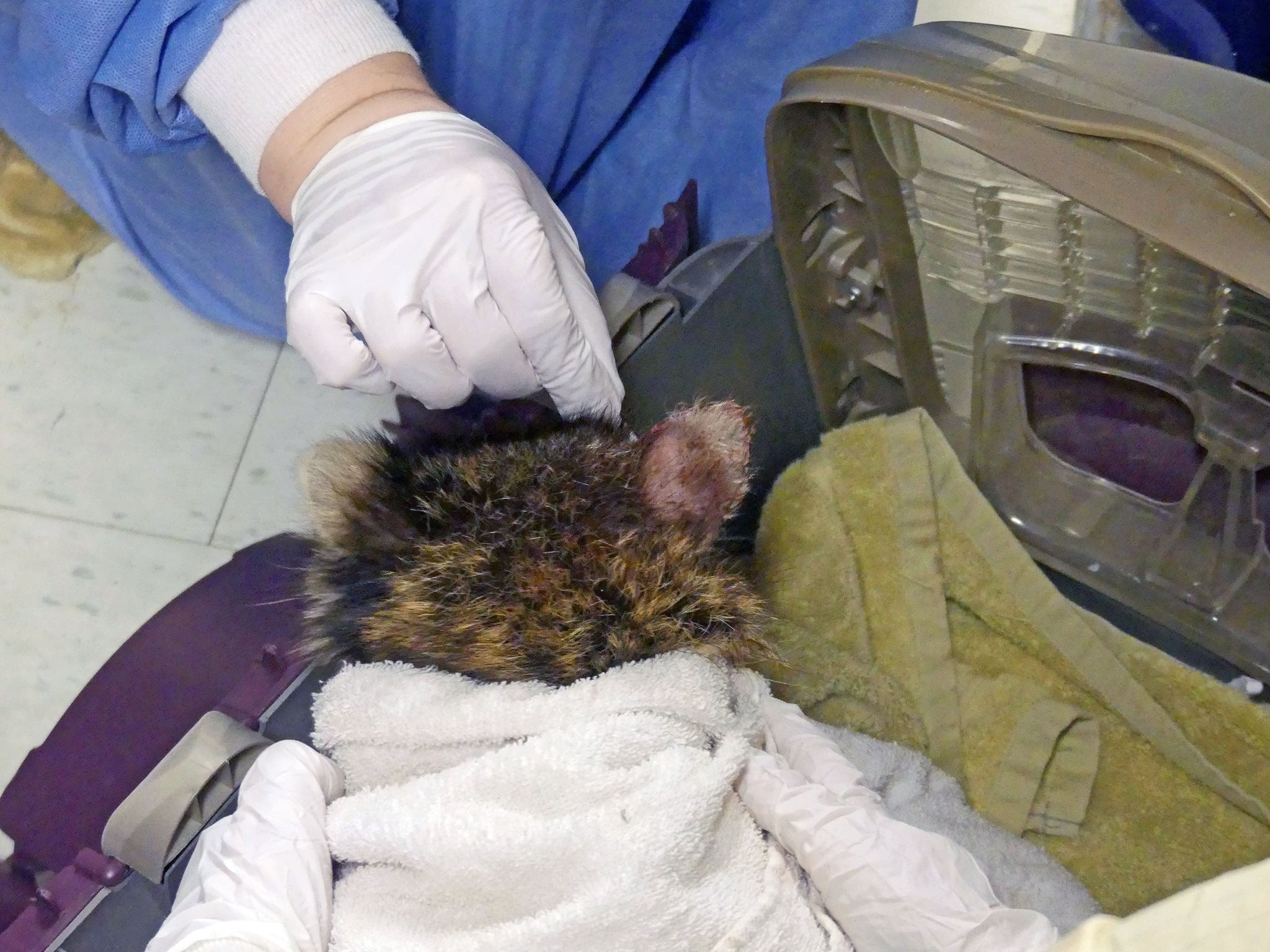 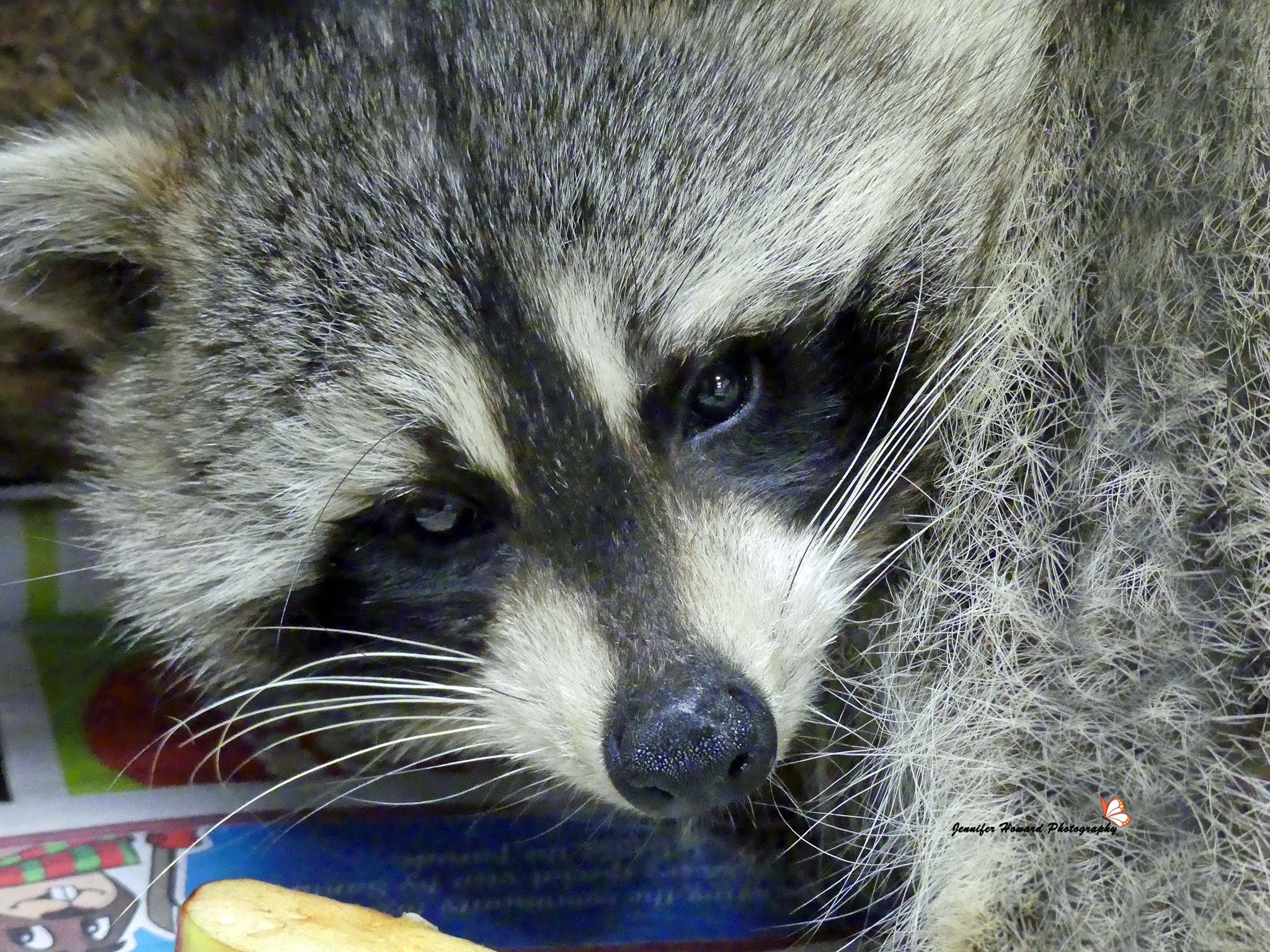 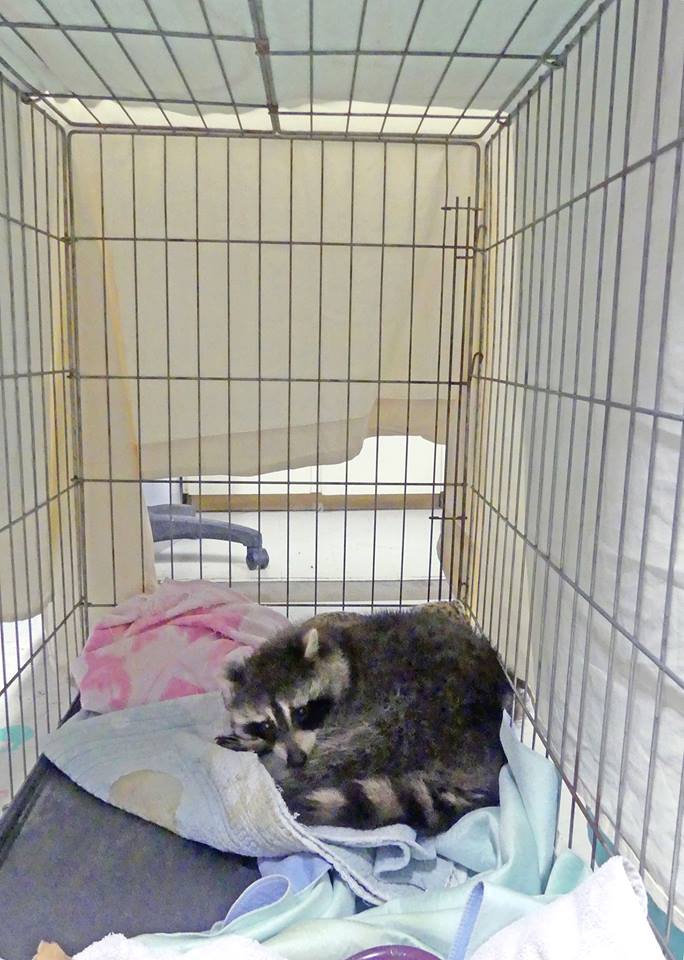 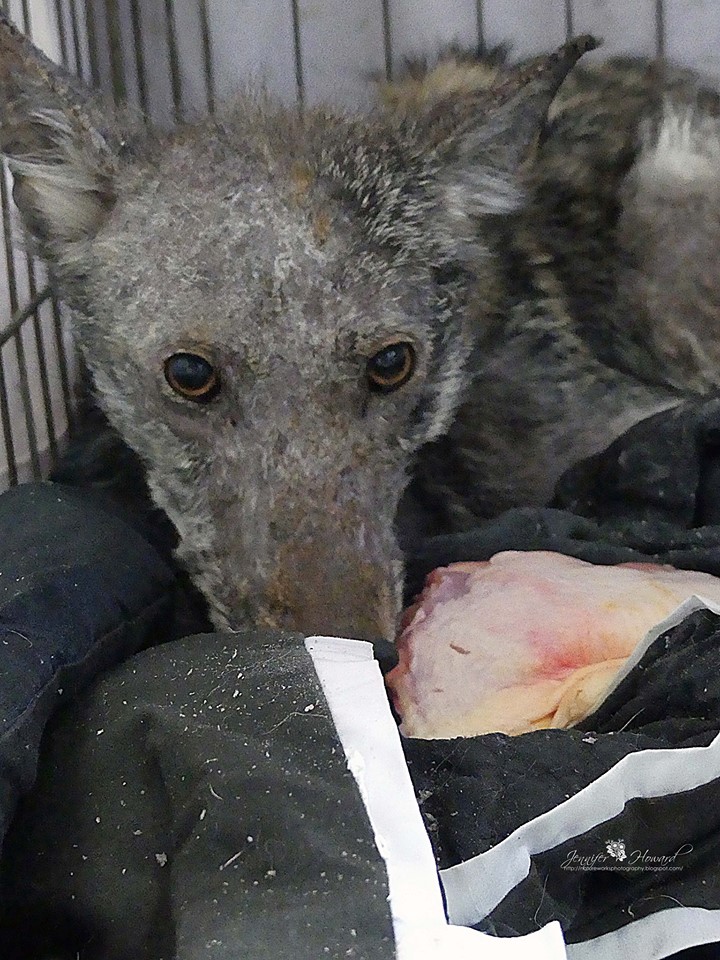 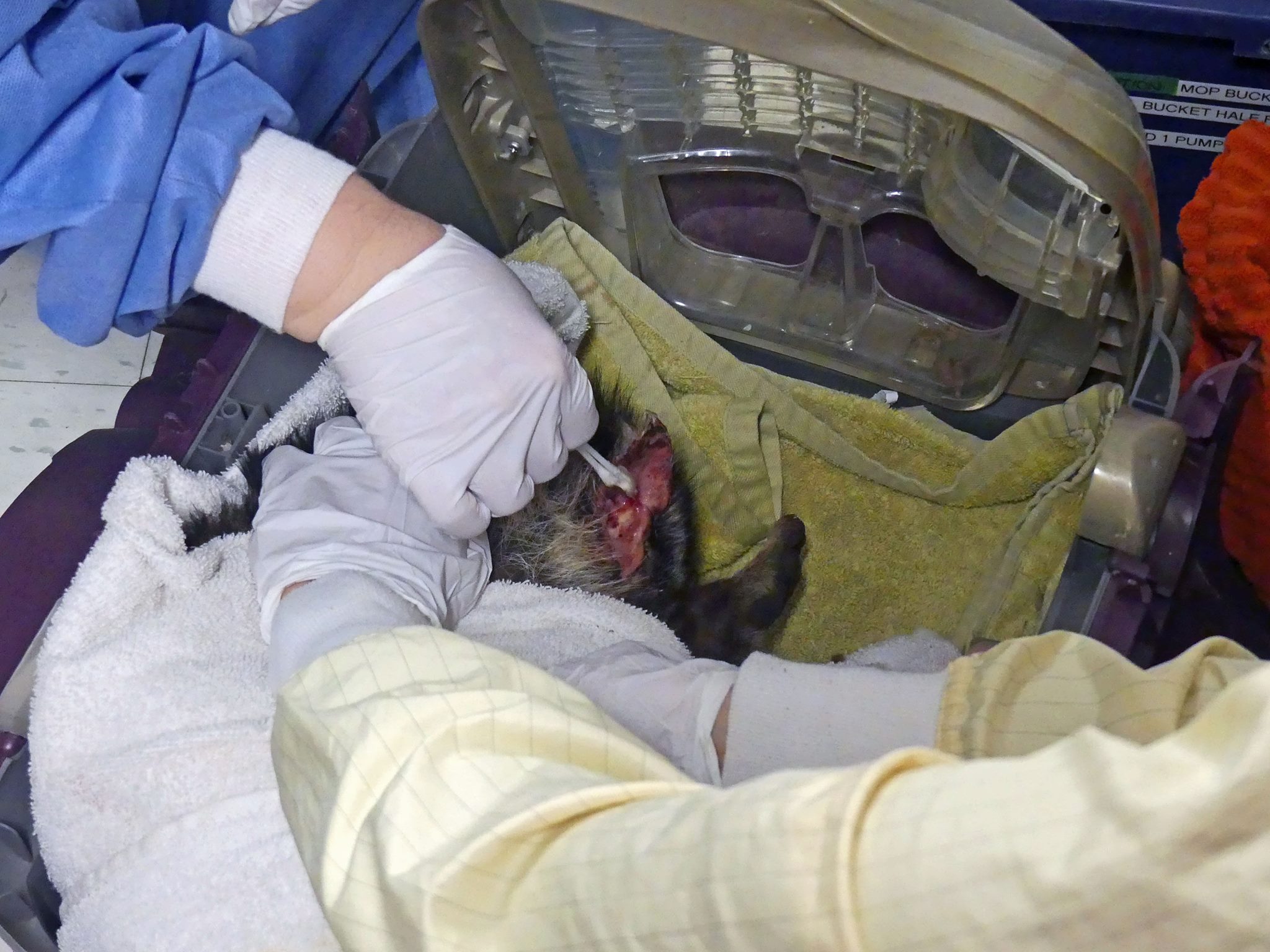 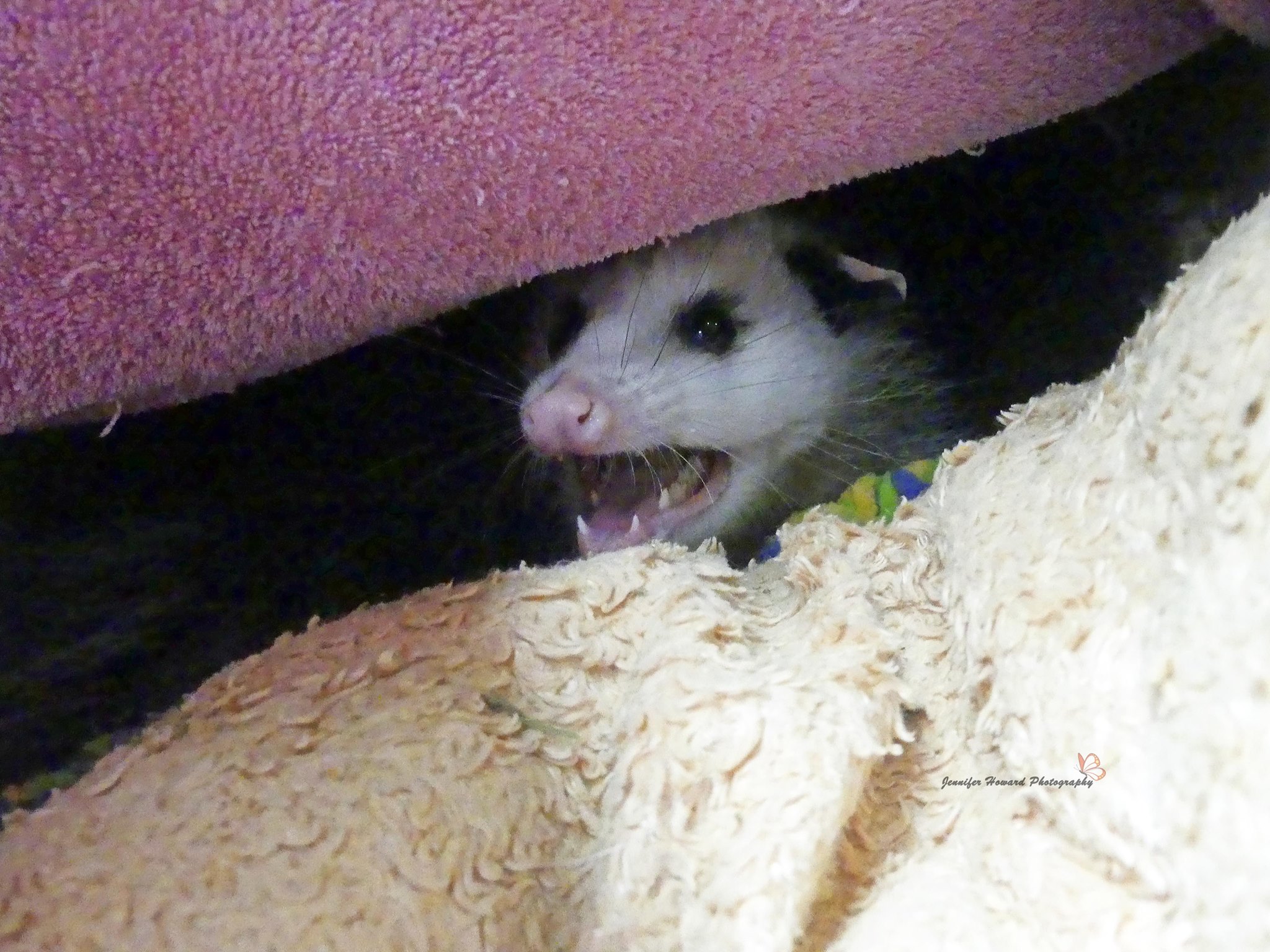 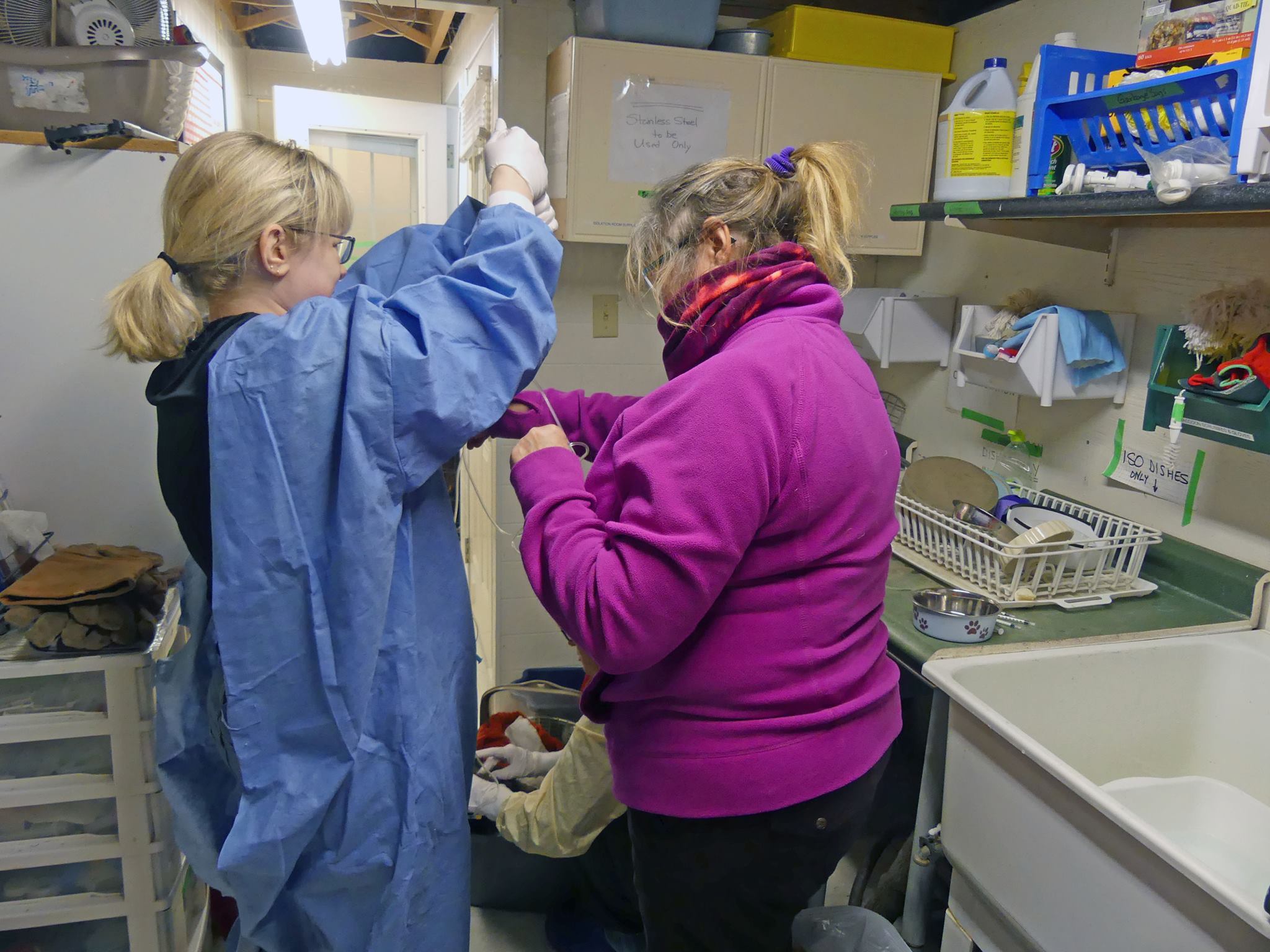 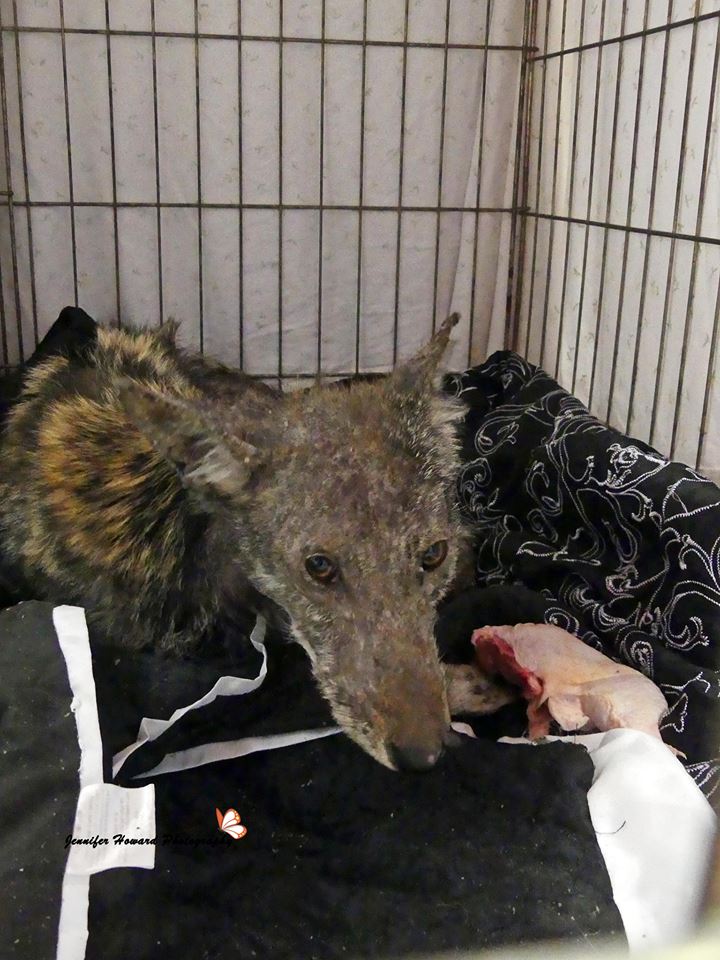 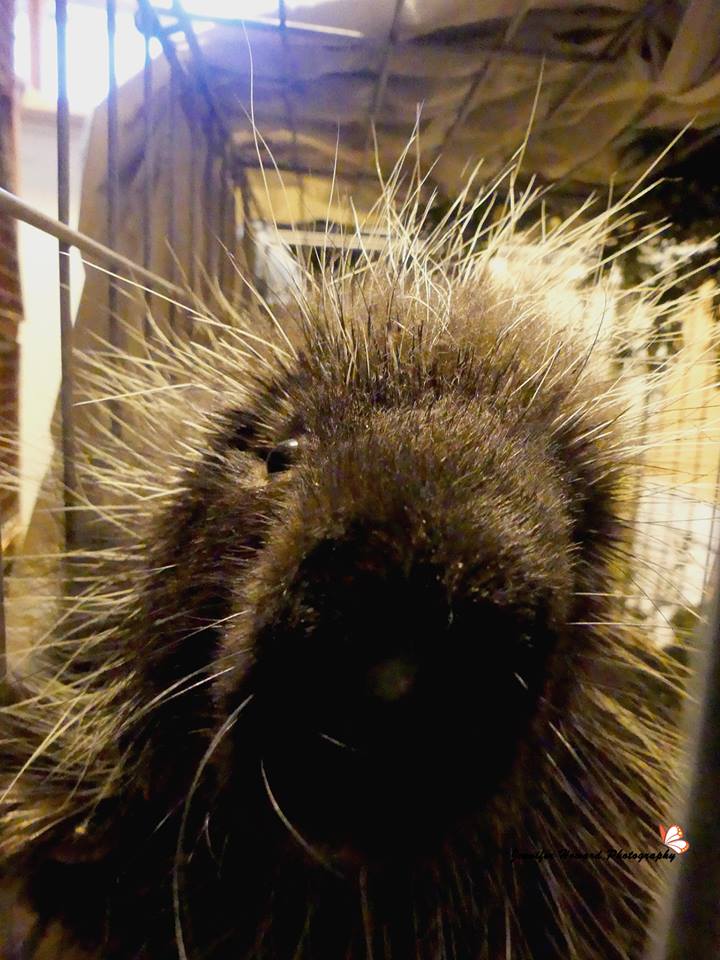 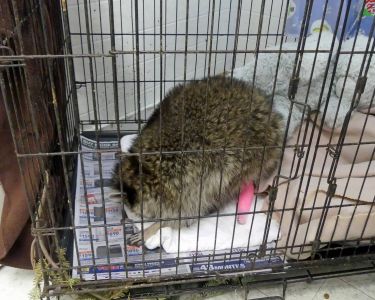 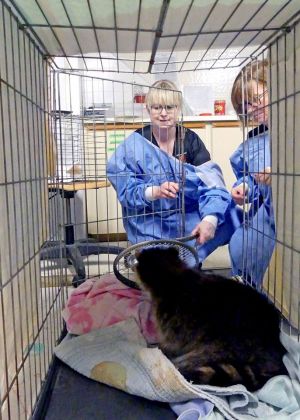 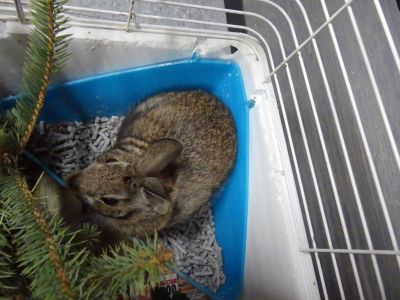 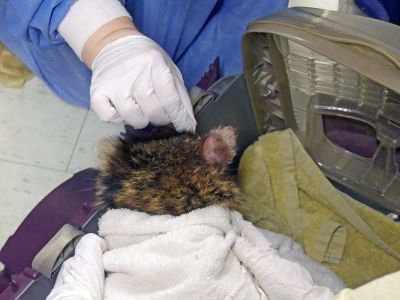 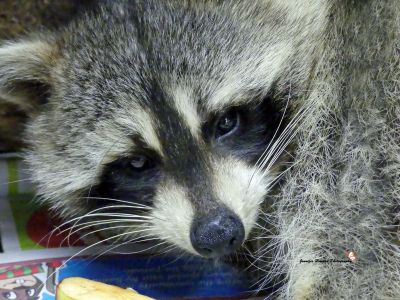 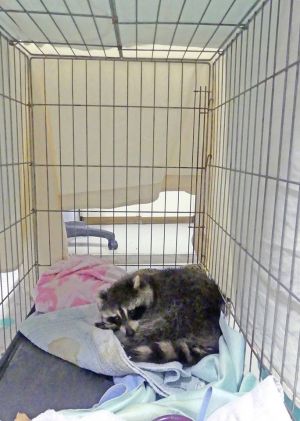 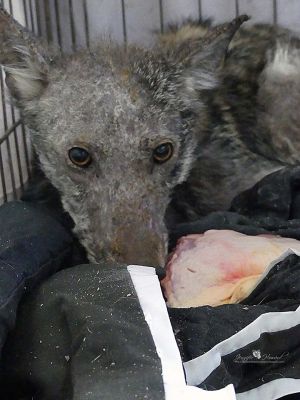 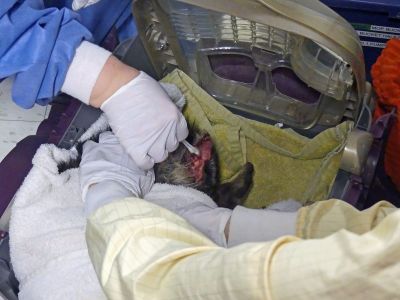 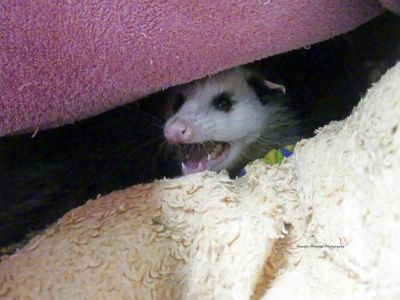 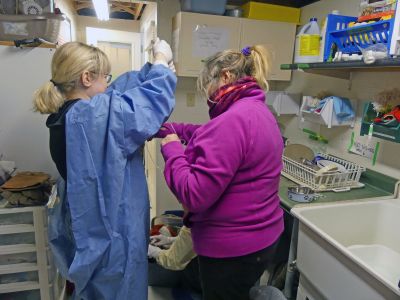 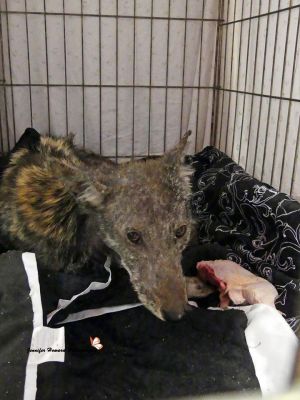 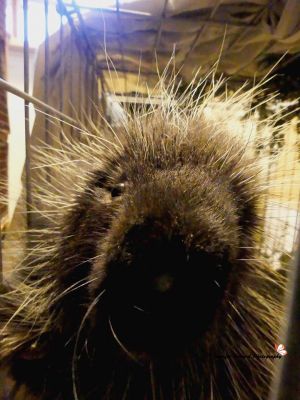 Update from Jennifer Howard: This has been a  winter of wildlife issues. Young animals in need and older ones desperate. Procyon Wildlife Rehabilitation & Education Centre is busier than normal for this time of year.

An adult coyote found hold up in a horse barn with severe mange. Owner made sure it got help. After 2 tries Procyon managed to get him with full co operation of the owner of the farm and even they attempted to get him into a trap. He was to smart as sick as he was. The survival mode was that strong. He would have frozen to death if it had of gone differently.

Raccoon found on side of road just lying there unable to move its back end. Hit by car. Now doing well. Other raccoons holding their own day by day. One here getting sub cue fluids. Teamwork. By caring loving hands.

Young opossums and even a porcupine.

A bunny someone thought would make a good pet surrendered. They don’t. They are wild.

Hopefully all these animals will recover to go free again.

The hard work of caring volunteers and donations from all of us is what keeps Procyon going.

Donations of money,food and towels flat sheets and stuffed animals from small to large for companions for those babies when spring arrives are always needed.

When taking photos of these animals I do not use a flash, they have enough to deal with.

Make 2019 a year of helping our wildlife friends and the centres who care for them.

Become a volunteer, donate, make a phone call for an animal in need. The rewards are endless.

Photos by myself and Sherry Jackson. Thanks Sherry.